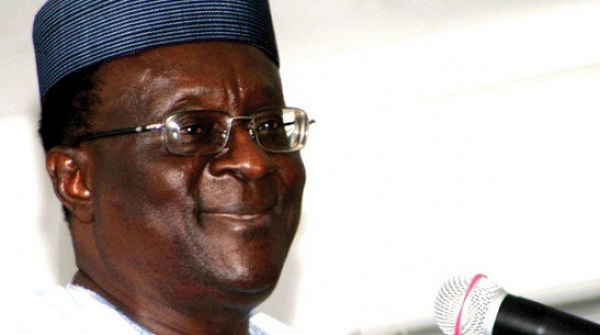 The National Conscience Party (NCP) on Thursday reacted to President Muhammadu Buhari’s declaration of June 12 as Democracy Day, and the proposed posthumous award to the founder of the NCP, the late legal luminary, Gani Fawehinmi.

The chairman of the party, Mr. Fatai Ibu-Owo, while applauding Buhari’s decision on June 12, however said that Fawehinmi would have rejected Buhari’s award based on the inability of his government to address issues of killings, poor economy and unmet aspirations of the masses, for which cause he fought all his life.

Ibu-Owo stated this while reacting to the June 12 development during an interview with newsmen in Lagos.

According to him, the June 12, 1993 presidential election was adjudged the most peaceful and fairest in Nigeria where the will of the citizens prevailed.

Ibu-Owo, who described the supposed winner of the election, the late Chief MKO Abiola a symbol of democracy and justice, insisted that the NCP had nothing to celebrate in the Federal Government’s decision to give a posthumous award to Fawehinmi.

Buhari, while declaring June 12 as Democracy Day, had also listed MKO and Fawehinmi as those he would give a posthumous national award of Grand Commander of the Federal Republic (GCFR).

But Ibu-Owo said, “Fawehinmi would have rejected the award in view of the prevailing situation in the country – the killings, issues in the economy and unmet aspirations of the masses, for which cause he fought all his life.

“He would have asked the government to forget the award and fix the problems of the country. He once turned down a national award for the same reason.”