Home » Politics » With the dust of #Adeosungate yet to settle, another Buhari minister enmeshed in NYSC scandal 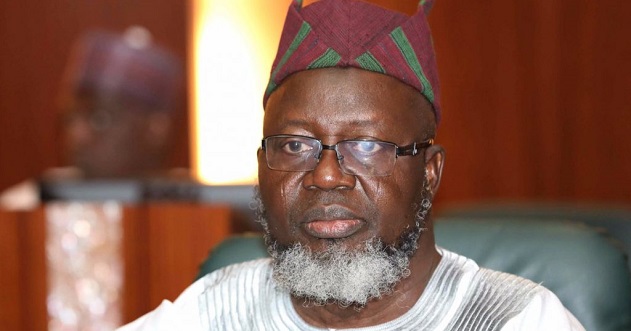 Barely days after the resignation of former minister of finance, Kemi Adeosun, over forgery of the exemption certificate of the National Youth Service Corps (NYSC), another minister in President Muhammadu Buhari’s cabinet is now enmeshed in a related scandal.

It has now come to light through Premium Times reporting that the Minister of Communications, Adebayo Shittu, failed to participate in the NYSC scheme despite graduating from the then University of Ife (now Obafemi Awolowo University) at age 25.

Shittu is currently competing for the governorship ticket of the All Progressives Congress (APC) in Oyo State.

When contacted Tuesday, Shittu admitted that he did not serve but claimed he thought his first political post after graduation could substitute for the mandatory national service.

Since the scheme is mandatory, with few exceptions, and skipping it an offence under the NYSC law, punishable with up to 12 months imprisonment, Shittu is sure to face calls for resignation, arrest and prosecution.

He earned a Bachelors degree at the age of 25, thereby mandated to comply with Section 2 of the NYSC Act which specifies the year-long national service.

Responding to the revelation, the minister said he believed that having been elected lawmaker, he did not need to participate in the scheme.

He said he deliberately skipped the NYSC scheme because he was convinced that his membership of the state assembly was itself a “service”.

“The constitution provides for the qualification needed for state assembly members, NYSC is not there,” Shittu said, adding “I didn’t need it to become a member of the state assembly, and that is already a service”.

President Buhari will have to contend with a new wave of calls for action to be taken against another of his minister when the dust of Adeosun’s scandal was yet to settle.

Some observers will also raise further questions about the integrity of the screening process that cleared these public officials despite obvious violations of the law.