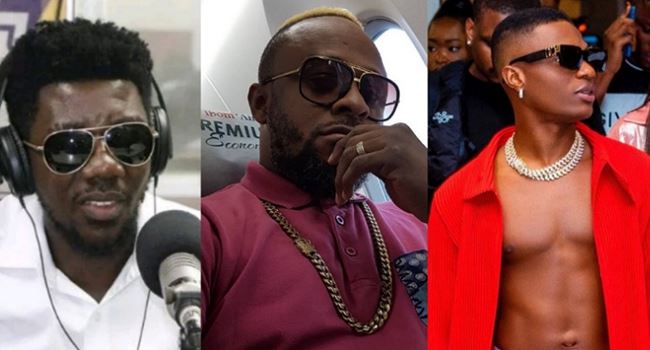 Tetuila and Tic Tac in an interview with Hitz FM presenter Andy Dosty on Friday disclosed that Wizkid did not give them credit after sampling their song ‘Fefe Ne Efe’ in a 2019 track titled Gbese, which he released with DJ Tunez.

The pair said that they will be seeking damages up to the tune of N30 million from Starboy, and will also be seeking 35% of both digital sales and royalties that Wizkid and DJ Tunez received from the song.

The development comes after former Mavin female act, Tiwa Savage reached an out of court settlement with Olumuyiwa Danladi a.k.a Danny Young, who accused her of lifting lyrics from his song without giving him credit, and also profiting from his intellectual property thereof.

The agreement between the pair was revealed during the resumed hearing of the N200 million lawsuit instituted by Danny Young against Tiwa Savage, at a Federal High Court in Ikoyi, Lagos.

Danny Young’s lawyer, Justin Ige, told the court that the respondents (Tiwa Savage and Mavin Records) have reached out to his client and requested that the case be settled out of court.

Ige told Justice Mohammed Liman that talks have already begun between both parties.