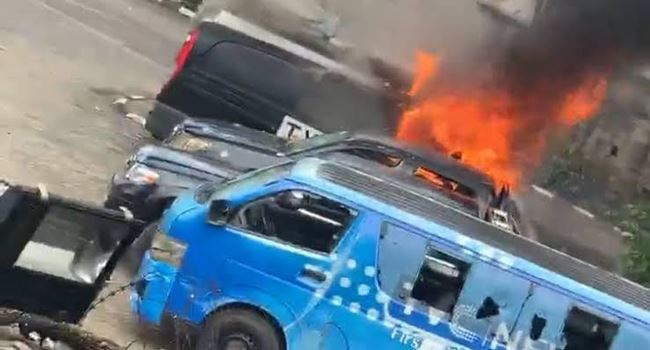 Wole Soyinka Centre has condemned the attack on some television centres by suspected hoodlums.

The affected television centres are the Television Continental (TVC) and Channels television.

Apparently following the shooting of peaceful #EndSARS protesters at Lekki toll gate on Tuesday by security operatives, some youths in Lagos State have been on rampage burning government offices and some media houses.

“@WSoyinkaCentre condemns attacks on media houses @TVCNews_Africa @tvcnewsng and @channelstv by yet to be identified people. The media is fighting for a socially just society. Journalists put their lives on the line to deliver credible information. #Journalismisnotacrime,” the centre wrote.