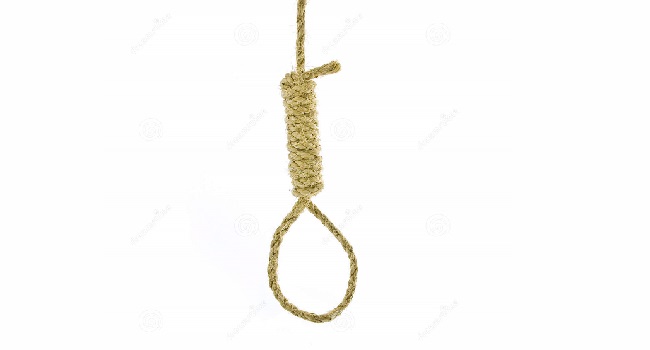 A Lagos State High Court in Ikeja on Tuesday sentenced a 36-year-old housewife, Stella Gilbert, to death for stabbing her neighbour Stella Godwin, to death over a bench.

It was gathered that the incident happened on June 22, 2013, at Ojora Street in Ajegunle area of Lagos after the duo engaged in a fight over a bench.

It was also gathered that the convict stabbed Godwin with a kitchen knife in the chest and arm, after the deceased gave the bench to a visitor to sit without taking permission from her.

While delivering judgment, Justice Raliat Adebiyi who described the knife as a lethal weapon said:

“The chest is where the heart is; the defendant, by stabbing the victim in the chest, a very fragile part of the body, clearly intended to cause the most harm to her.

“The death of the victim occurred as a result of the grievous injuries caused by the defendant. The defendant is guilty of the offence of murder.

“From the evidence given, the fight took place in a room. Though no evidence was given of the size of the room, it could not have been a large room and the evidence was that the deceased and the defendant lived in a house consisting of rooms occupied by families, popularly called face-me-I-face-you.

“It is worrying that the level of violence, unnecessary animosity and death which occurs among our citizens as a result of living together in close proximity without sufficient personal space and boundaries remain unabated. There is clearly the need to improve social housing and living conditions.

“The court hopes that this message will be conveyed to the necessary authorities through the prosecutors who have the responsibility to prosecute these cases and should be able to provide vital statistics.

“The defendant is hereby sentenced to death by hanging. May the Lord have mercy on your soul.”

However, the convict’s counsel had pleaded that the court should temper justice with mercy and be given an opportunity of a second chance but the prosecution counsel, Mrs. Opeyemi Olugasa, said the law gives mandatory punishment to offenders, urging the court to sentence her accordingly.