Woman stabs husband multiple times after finding pictures of him having s3x with 'another woman', not knowing it was her | Ripples Nigeria 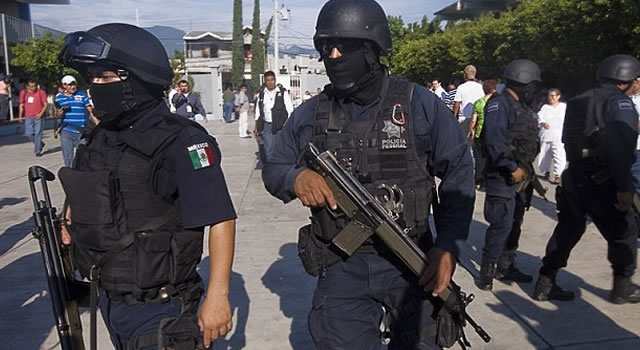 A jealous Mexican woman identified by the police simply as Leonora R, has been arrested in the municipality of Cajeme, Sonora, after she allegedly stabbed her husband, Juan N, multiple times.

In a statement on Tuesday, the police said officers had responded to a ‘domestic disturbance call’ and on arrival at the apartment, found out that Leonora had stabbed her husband after finding images on his cell phone that showed him having sex with ‘another’ woman, not realizing that the pictures in question were actually images of herself and her husband from when they were still dating.

“When officers arrived at the apartment, they found that Leonora’s husband had been stabbed several times on his legs and arms.

“Without giving him time to explain himself, Leonora began stabbing Juan over and over again, while hurling insults at him,” the police said.

The statement added that Juan was eventually able to wrestle the knife out of his incensed wife’s hands, and asked her what photos she was talking about.

“He then explained to her that the photos were actually of him and Leonora taken years earlier when they were just dating.

“Leonora didn’t immediately recognize herself because the woman in the images was younger, thinner and wearing make-up.”

Juan told police he then explained to his wife that he had recently found the images in an old email and saved them to his phone. Leonora was immediately taken into custody and remains behind bars pending charges.