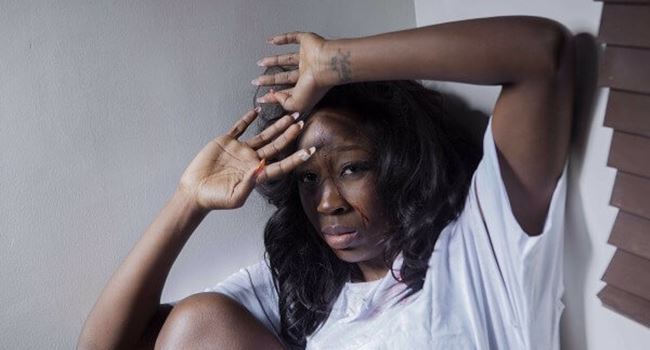 Never has there been a time in history when women’s rights have been so radically glorified than now. Rights laws and groups dedicated to the female cause in various parts of the world have done greatly in amplifying the voices of vulnerable women in our generation. Even in Nigeria, abused women don’t lack needed attention from numerous rights groups, except, ofcourse, the abuser is a fellow woman!

This situation is not obscure especially in a typical Nigerian home where two ‘mighty’ females exist: ‘Oga Madam’ and the ‘Maid’. You can always tell who the maid is from a distance. She’s oftentimes a relative or a paid domestic staff usually between the ages of 5 to 18 (and above).

She’s the most unkempt in the house whose sole duty is keeping the house tidy. She’s the early riser who spends her free time doing chores she was paid or mandated to do. Her efforts are never good enough and her mistakes are always deliberate before the eyes of Madam. She has no human rights; only privileges and would most times pass for a scape goat, a punching bag and even a s*x slave.

Of the numerous cases was that of a 10-year-old girl who was allegedly bathed in steaming hot water, pressed with a hot iron by her madam and left with untreated burns after she was accused of beating up her children.

In 2019, an 11-year- old from Awka, Anambra State was allegedly assaulted and fed with human dungs and cockroaches by her madam before she was rescued by an activist.

The lockdown did worse to a 19-year-old Benue maid, Joy Adole, who was allegedly tortured to death by a Lagos couple and hung to the ceiling after they claimed she stole a pack of noodles.

Most recently was the case of 10-year-old Nneoma Nnadi who escaped death by its whiskers in Enugu after she was tortured by her guardian with a pressing iron, had pepper inserted into her private part, had nails driven into her head twice and was locked up in a toilet.

Ladies, We Need To Talk!

The percentage of violence on women by women in Nigeria is gradually gaining a disturbing momentum. Even though these cases resurrect on very rare occasions, it still doesn’t negate the fact that there are thousands of Joys and Nneomas scattered around the country presently, fighting for their lives and hoping to leave their misery alive.

What is even more disturbing and ironical is the fact that these same women who have their rights heavily guarded choose to conveniently deny others theirs. A typical scenario of the biblical unmerciful servant who was forgiven of a greater debt but chose to harass his own debtor.

We see this same rivalry even in the corporate world and in Nigeria’s political space. Women feel threatened by the successes of their fellows and would give minimal support where it is most needed. Those who attempt to occupy powerful positions are let down with weak solidarity and would give up their pursuit when the last supporter drops her placard.

Although feminist apologists think this assertion is stereotypical, they believe this might be the case because women have to compete for minimal spaces at a male-dominated top. What’s the wisdom in supporting one when the others still don’t stand a chance? A question that has wrecked the chances of many female aspirants because we have failed to understand that a chance for a qualified one is a chance for all.

Women can be twice as successful as men if they maintain a close inner circle. Like hungry lionesses, they’re skillful hunters if the pack is not divided. Nobody understands the #BringBackOurGirls campaign more than they do, Nobody can address the rape menace ravaging the nation more than they would and their consciences are too alive to permit bandits slaughter people remorselessly in the north.

We are now past the era of creating awareness against gender based violence or privileges. It’s time to act. It’s time to give up the competition and pursue a greater good. Its time to end the barbaric women on women crimes.
Stop the violence on maids. Relieve them of their duties when they become a burden and make the age-long struggle for freedom count.

Related Topics:Nigeriaviolenceviolence on women by women in NigeriaWomen
Up Next