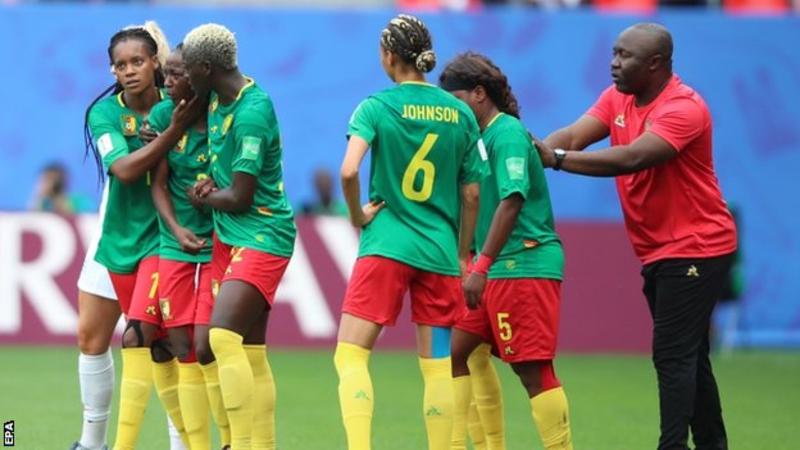 The world football governing body, FIFA says it is currently looking into Cameroon’s behaviour during their World Cup last-16 defeat by England.

The Indomitable Lioness put up some fierce display in what looked like a protest against certain decisions made by the centre referee via the video assistant referee (VAR).

England won the game 3-0 and made it to the quarterfinals of the competition, but the behaviour of the African side has been making the headlines.

A report on BBC Sports claimed that a spokesman of Fifa assured that “further updates will be provided in due course.”

There was an on-pitch protest by Cameroon’s players after England’s second goal, scored by Ellen White, was awarded by VAR.

Cameroon were also visibly upset when, with the score at 2-0, Ajara Nchout’s goal was ruled out for offside by VAR.

Yvonne Leuko was booked for an apparent elbow on England winger Nikita Parris, Augustine Ejangue spat on Toni Duggan, and Alexandra Takounda was shown a yellow card for a late challenge on England captain Steph Houghton in stoppage time.

Speaking after the match, England boss Phil Neville said he was “ashamed” by Cameroon’s behaviour, adding it “didn’t feel like football”.

But Cameroon coach Alain Djeumfa blamed the referee in his post-match news conference, saying the match was a “miscarriage of justice.”