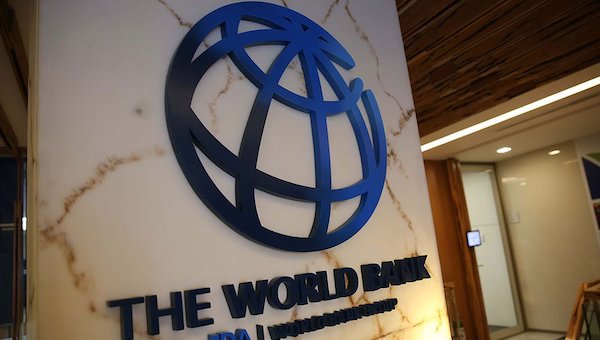 According to the World Bank, raising fuel subsidies puts the Nigerian economy at risk since subsidy payments might have a substantial impact on public finances and raise worries about debt sustainability.

The Washington-based lender stated this on Sunday in a new biannual report titled Africa’s Pulse.

Nigeria is expected to develop at a rate of 3.8 percent in 2022, according to the bank, but as an oil-dependent country, the country’s economic recovery will be hampered by low oil production.

Despite the rise in oil prices, the expanding fuel subsidy poses a major risk to the country’s economic growth, according to the report.

“Growth in Nigeria is forecast to increase to 3.8 per cent in 2022 and stabilise at 4 per cent in 2023-24. Real GDP growth was revised up by 1.2 percentage points for both periods compared with the previous forecast. Nigeria’s economy is still dependent on the oil sector. Oil-related revenue contributes 40 to 60 per cent of fiscal revenue, while oil and gas account for 80 to 90 per cent of total exports.

“Weak oil production, below the OPEC quota, held back the recovery process. Although at a slower pace than the average seven per cent during the boom period, growth prospects for the Nigerian economy are somewhat bright thanks to high oil prices coupled with reforms initiated by the passing of the Petroleum Industry Act and the completion of the Dangote refinery expected in 2023.

“Risk remains high on increasing fuel subsidies, which could weigh heavily on public finance and pose debt sustainability concerns. Nevertheless, public debt as a percentage of GDP is currently moderate,” the report noted.

According to the World Bank, nations like Nigeria and Ethiopia would be affected by high oil prices since they are protecting their consumers with gasoline subsidies.

It went on to say that the hefty cost of fuel subsidies, owing to rising oil prices, might wreak havoc on the country’s fiscal balance.

Nigeria’s decision to postpone full deregulation of the downstream sector of the petroleum industry by 18 months, according to World Bank Government Director Shubham Chaudhuri, might cost the country over N4 trillion in fuel subsidy payments in 2022.

While the World Bank may provide advice on subsidy elimination, the country director underlined that the World Bank’s mission was not to dictate because it lacked the ability to do so.

“With economics, really, you are not meant to make a political decision. What you are meant to do is to lay out what are the cons and consequences of different decisions.

“So that is what we are doing, we are just being very clear that this would come with a fiscal cost and the fiscal cost is the number, perhaps N4tn this year,” the World Bank Director clarified.

Fuel subsidy swallowed N1.43 trillion in 2021, according to the Nigerian National Petroleum Corporation, despite no record of under-recovery in January.

The National Assembly has adopted an N4 trillion fuel subsidy bill for 2022, representing a 179.72 percent increase over the previous year’s bill.