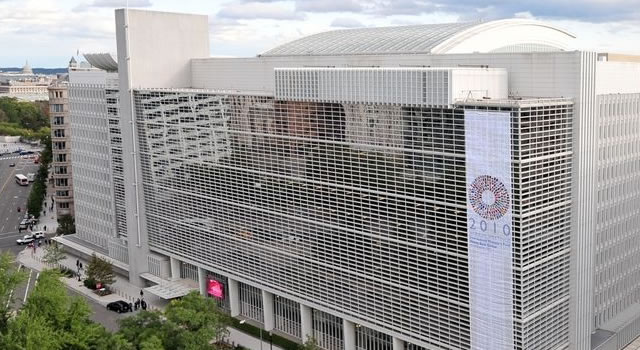 The World Bank has revealed that soaring inflation has driven an estimated seven million Nigerians into poverty in 2020 alone.

This was contained in its development report update published on its website and seen by Ripples Nigeria on Tuesday.

According to the report, the rise in inflationary pressure has been driven primarily by surging food prices.

“A surge in insecurity over the past two years has further slowed economic activity and left more people unemployed, fueling a vicious cycle of violence and criminality,” the lender said.

“Despite the recovery in the economy from the recession witnessed in 2020, prices are increasing rapidly and this is impacting Nigerian households.” It added.

Ripples Nigeria had on Sunday published a fact-checking report on claims by President Muhammadu Buhari that the present administration has lifted 10.5 million Nigerians out of poverty in his democracy speech to Nigerians.

Ripples Nigeria used a variety of indicators, including how the economy is developing at a slower rate than the population, expanding population, and currency depreciation, among others.

In the report, World Bank Country Director for Nigeria, Shubham Chaudhuri, was quoted as stressing that Nigeria faces interlinked challenges in relation to inflation, limited job opportunities, and insecurity.

“While the government has made efforts to reduce the effect of these by advancing long-delayed policy reforms, it is clear that these reforms will have to be sustained and deepened for Nigeria to realize its development potential,” he said

Also, Marco Hernandez, the World Bank Lead Economist for Nigeria added that “Given the urgency to reduce inflation amidst the pandemic, a policy consensus and expedited reform implementation on exchange-rate management, monetary policy, trade policy, fiscal policy, and social protection would help save lives, protect livelihoods, and ensure a faster and sustained recovery.”

The report, however, acknowledged notable policy reforms by the government aimed at mitigating the impact of the crisis and supporting the recovery; including steps taken towards reducing gasoline subsidies and adjusting electricity tariffs towards more cost-reflective levels, both aimed at expanding the fiscal space for pro-poor spending.

In addition, the report highlights that both the Federal and State governments cut nonessential spending and redirected resources towards the COVID-19 response. At the same time, public-sector transparency has improved, in particular around the operations of the oil and gas sector.

Related Topics:#featuredBuhariNigeriaPovertyWorld Bank
Up Next

Oil price opens the week at $73 per barrel