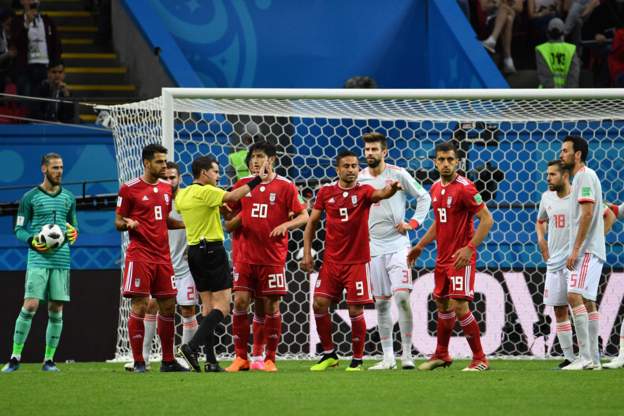 A 54th-minute goal by Diego Costa made the difference as Spain edged Iran in a highly-contested 2018 FIFA World Cup Group B encounter at the Kazan Arena on Wednesday night.

The goal, Costa’s third in the tournament so far, takes the European giants to the top of the group table alongside Portugal who earlier on Wednesday defeated Morocco 1-0 in Luzhniki Stadium.

A gallant Iran side had an equaliser later on but the Saeid Ezatolahi strike was ruled out for offside. They did put up a spirited fight in the half, but Spain held on to their lead and secured all three points.

Having been frustrated in the first half in which they had 81% possession, Spain’s 54th-minute breakthrough ensured they will reach the second round with a win in their final group game against Morocco.

Iran are also in the running. If they earn all three points from their last game against Portugal, they will be through.

Morocco are already knocked out of the tournament. The fight for spots in the round of 16 is among the the three teams.

The last group games will hold concurrently at different Stadiums on Monday.