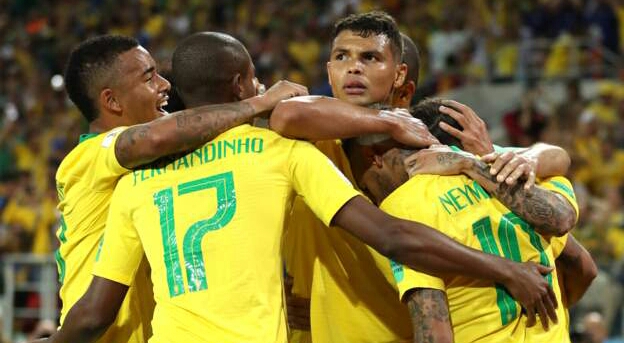 Goals by Paulinho and Thiago Silva in their final group game against Serbia helped Brazil book their place in the 2018 FIFA World Cup knockout stage.

A draw could have been enough for the South Americans but a 36th-minute opener and another 68th-minute goal unreplied ensured they finished as winners of the group.

Switzerland claimed second spot of the Group E following their 2-2 draw against Costa Rica in the other game of the group.

The Swiss were leading from 31st minute, and could have ended up topping the group if they held on and scored more, but Costa Rica equalised early in the second half.

Some drama ensued in the final minutes as Switzerland took the lead again on 88minutes but conceded an own goal in the 93rd minute as the match ended in 2-2.

Brazil will now face the runners-up of Group F – Mexico, while Switzerland will take on Group F winners – Sweden – in the last 16 of the competition.