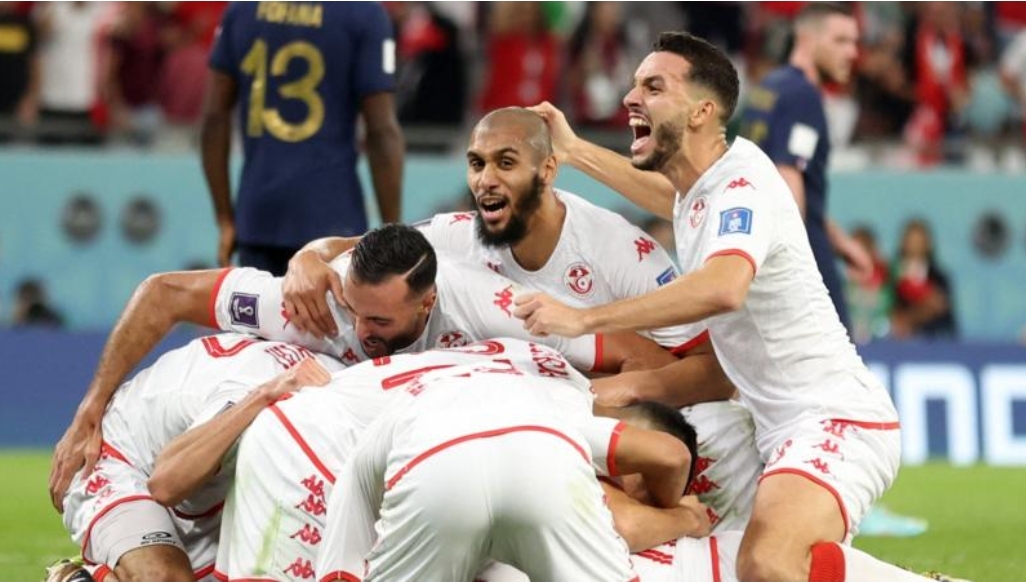 African representatives Tunisia crashed out of the 2022 FIFA World Cup on a high note as they defeated defending champions France in their final group game on Wednesday.

The North Africans put up a fine performance to seal a 1-0 victory over France but the win was not enough to see them through to the knockout stages of the tournament.

Tunisian captain Wahbi Khazi scored the only goal of the game – and only goal for Tunisia in this World Cup – when he coolly rolled the ball into the bottom right corner in the 58th minute.

Despite failure to progress, having drawn their first game against Denmark and losing their second game against Australia, Tunisian supporters had a fine moment of celebration.

Read Also: England, USA advance to World Cup round of 16

Substitue Antoine Griezmann had volleyed in a dramatic equaliser in added time but the VAR decision was ‘no goal’.

In the other Group D game, Australia stunned Denmark as they sealed a 1-0 victory to reach the last-16 for the first time in 16years.

France, winner of the group will face the runners-up of Group C, while Australia will take on the winners of group C.

Related Topics:AustraliaDenmarkFranceTunisiaWorld Cup
Up Next

England, USA advance to World Cup round of 16