Home » Sports » #WorldCup: Nigeria will play as a team to beat Croatia – Moses 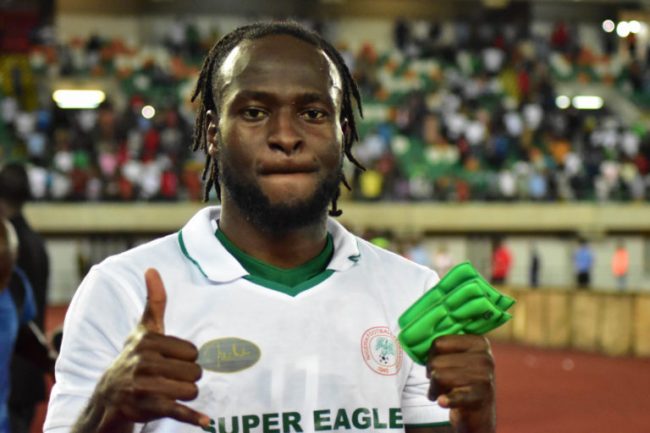 Super Eagles star, Victor Moses says he, and his teammates, has left behind the defeats suffered in pre-World Cup friendlies, and would concentrate to play like a team as they gun for a win against Croatia this weekend.

The Nigerian men, who arrived the match venue on Thursday evening from their camp in Essentuki, will kick off their 2018 World Cup campaign against the Croats at the Kaliningrad Stadium in Russia.

“We’ve come here a long time at Esentuki, but I think you can see in the training that we were doing very well,” the Chelsea star was quoted by Croatian outlet, Sportske Jutarnji.

“Now there is a match with Croatia, a very strong team, but we are gunning for the win.”

The Eagles are making their sixth appearance at the World Cup, but have never made it past the round of 16.

After Croatia, Nigeria are billed to face Iceland and Argentina in their other group games, with hope of advancing from the group that many have tagged a ‘group of death’.

“We look good at this point; we will be good in opening game against Croatia.

“Croatia is a great team with many top players; they are strong individuals and team. They have a particularly strong midfield and attack, the most important thing for us is to be concentrated, then we can beat Croatia.

Both teams will battle it out on Saturday by 8:00p.m (Nigerian time).