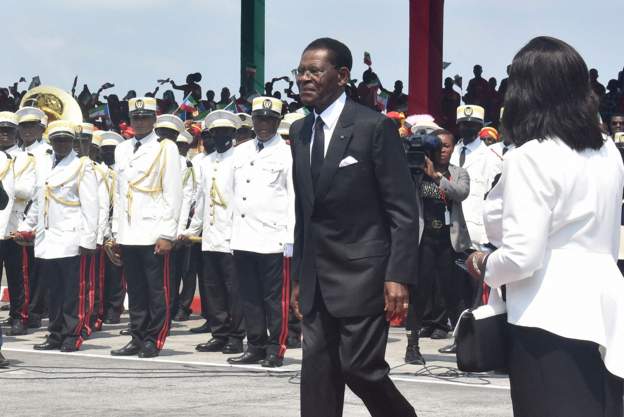 World’s longest serving President, Teodoro Obiang Nguema Mbasogo of Equatorial Guinea, has been sworn into office to begin a new sixth term of seven years following a landslide electoral win where he chalked up 98 percent of votes cast two weeks ago.

The 80-yr-old Obiang who has been in power since 1979, took the presidential oath on Friday before inspecting a military parade, promised to make Equitorial Guineans proud of their country despite the economic crisis in the tiny oil-rich central African nation.

Teodoro Obiang Obiang has been Equitorial Guinea’s head of state for 43 years after he overthrew the first president, Francisco Macias Nguema, who was his uncle and bloodthirsty dictator, whom he had shot two months later.