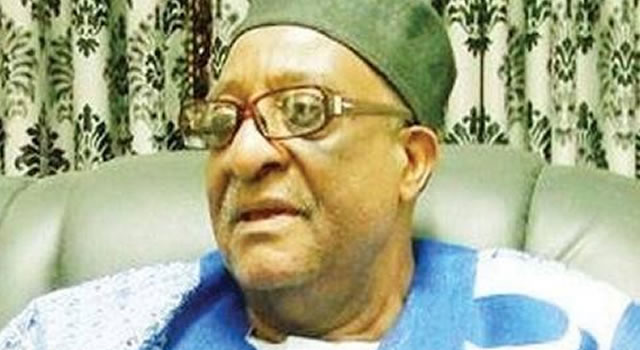 Apparently disturbed by the bloated number of presidential aspirants on its platform, the Board of Trustees (BoT) of the Peoples Democratic Party (PDP) has said it is making efforts at reducing the number.

The party, as at last count, has 13 Presidential aspirants who are jostling for its ticket for the 2019 presidential election.

The decision to prune down the number of the aspirants was arrived at by the BoT at its meeting in Abuja on Thursday.

Briefing journalists after the meeting, PDP BoT chairman, Walid Jibrin said the BoT would look at the possibility of pruning down the number to avoid crisis. He however added that nobody will be forced to step down.

He said: “The BoT deliberated on the current situation in the party. We also discussed about the number of our presidential aspirants.

“We are recommending that we have to manage the situation very well, so that it does not lead to crisis. The presidential aspirants are 13. We are trying our best to ensure that the number is reduced.

“But we are not forcing anybody. More consultations are ongoing among the elders. We are going to bring out a committee that will be best for Nigerians.

“We are forming a committee to meet with the aspirants. After that, we will decide on what to do. We have decided to firm a special committee to advise the National Working Committee.

“If we are really the conscience of the party, we should not move about with aspirants. That was what happened during the last national convention when we elected the national chairman.

“Some of us went and pitch camp with aspirants, taking them all over the place. This time, we will not allow that to happen.

“Anyone of us who move about with any aspirant should resign from the BoT. We are the one that will settle the complaint.

“But if we are involved it will not be fair. So we have told the members not to campaign with the aspirants; we are also the delegates”, Jibrin said.