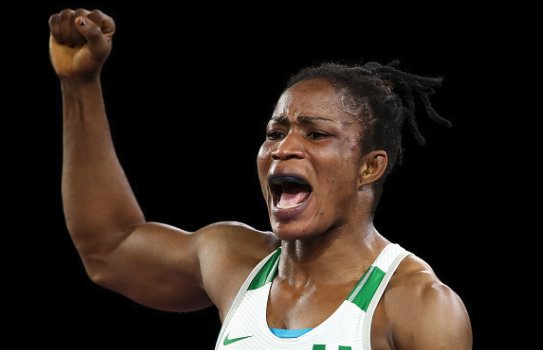 Team Nigeria are now certain of at least a medal at the ongoing Tokyo Olympic Games after wrestler Blessing Oborodudu reached the final of her event.

Oborodudu is now guaranteed a medal after she won her semi-final bout against Mongolia’s Battsetseg Soronzonbold in the women’s 68kg.

She overcame Soronzonbold, who won Bronze at the 2012 London Olympics, 7-2 to land a first ever medal for Nigeria in wrestling at the Olympics.

Oborodudu will be going for gold or silver in the final billed to take place on Tuesday, and will be facing 28-year-old Tamyra Mensah from USA on Tuesday.

Mensah, who won bronze and gold at the World Championships in 2018 and 2019 respectively, beat Ukraine’s Alla Cherkasova 10-4 in the other semi-final.

Team Nigeria will also be looking to win another medal on Tuesday when long jumper Ese Brume takes to the field to contest in the final.