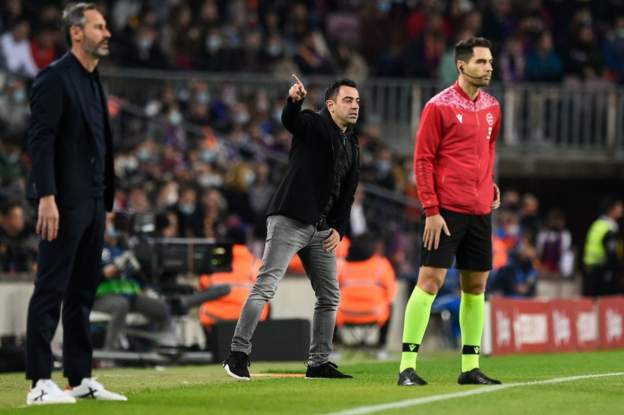 Xavi started life as Barcelona manager on a winning note as his side overcame a stubborn Espanyol in the La Liga on Saturday.

The former midfielder took over the Catalan club just before the international break as a replacement for the sacked Ronald Koeman.

Xavi, played 767 games and won 25 titles with Barca in his 17 years in the first team, is hoping to turn the fortune of the club around after a slow start to the season.

A 48th-minute penalty by Memphis Depay separated the two sides as Espanyol failed to break a 12-year jinx of not winning against their city rivals.

Depay won the penalty when he was brought down under Leandro Cabrera’s challenge within seconds of the restart, and he stepped up to send Diego Lopez the wrong way after VAR check.

Before the game, Espanyol, in 11th position in the league, were level on points with Barcelona.

But the win takes Barce to sixth spot after 13 games, eight points behind leaders Sevilla, and could even go 10 points from the top if Real Madrid beat Granada on Sunday.