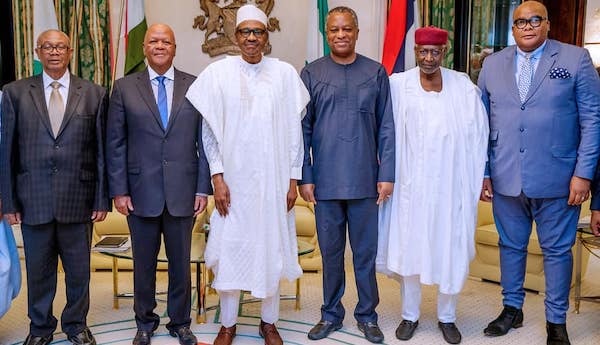 The South African Government has said that the violent attacks by its citizens against Nigerians and other foreigners in the country did not represent what South Africa stood for as a constitutional democracy.

President Cyril Ramaphosa’s Special Envoy to Nigeria, Jeff Radebe, on Monday, conveyed a formal apology to Nigerians and the Nigerian Government over the recent xenophobic attacks.

Radebe said this when he met with President Muhammadu Buhari at the Presidential Villa, Abuja.

While addressing State House correspondents after a closed door meeting with President Buhari, Radebe said President Ramaphosa had already directed law enforcement agencies to apprehend all those involved in the attacks.

Radebe, who is South Africa’s Minister of Energy, revealed that over 50 suspects had so far been apprehended in connection with the xenophobic violence which erupted in some parts of South Africa.

“We met a short while ago with President Muhammadu Buhari to convey our President Ramaphosa’s sincerest apologies about the incidents that have recently transpired in South Africa,” he said.

“Those incidents do not represent what we stand for as constitutional democracy in South Africa and the President has apologized for these incidents and he has also instructed law enforcement agencies to leave no stone unturned so that all those involved must be brought to book so that the rule of laws must prevail in South Africa,’’ he added.

President Ramaphosa, according to the envoy, said Nigeria and South Africa must continue to play a critical role in the rebuilding of Africa to attain Agenda 2063.

Ramaphosa, had sent special envoys to Nigeria and six other African countries over recent xenophobic attacks.

The representatives would be visiting Niger, Ghana, Senegal, Tanzania, the Democratic Republic of Congo and Zambia.

The South African leader asked the envoys to deliver messages of solidarity to the Heads of State and Governments of those nations following the attacks on their citizens in his country.