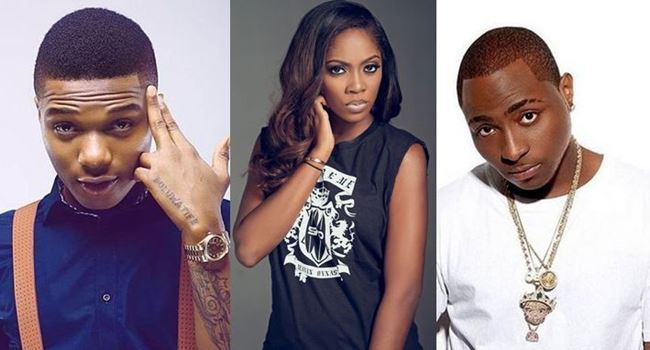 A host of angry Nigerian celebrities are united in their comments condemning the fresh attacks of Nigerians and other African nationals resident in South Africa, by violent anti-foreigner protesters.

Leading the line of fuming celebrities who have reacted to the xenophobic attacks carried out by South Africans against foreigners in their country, especially Nigerians, is Nollywood actress Genevieve Nnaji.

In a post on her Instagram page, the 40-year old thespian said that South Africans had on countless occasions shown Nigerians who they were.

Genevieve wrote on Instagram; “A life with us isn’t the worse thing. They need to see one without us. They’ve shown us countless times who they are. Let’s believe them.

“It’s time to show them who we are. But most importantly, it’s time we believed in ourselves. They see our potential; our greatness. We need to see it too.

“It’s tough out here I know, but sooner than later we’ll have to realize it’s all we’ve got. We have to make sure our energy and resources are beneficial to all things Her.

“We can’t ignore the signs much longer. Change is inevitable. Let us stay ahead of it. Long live Nigeria.” she added.

Ace comedian, Ali Baba who also reacted furiously to the matter, however wondered what President Muhammadu Buhari’s government will do in such a situation, when the issue of killings within Nigeria was yet to be solved.

Ali Baba who also expressed his thoughts on Instagram wrote: “Most times, some people just read the news hear the news, and do not know the undercurrents of the news. Many do not know the interconnections of the nexus of any news they hear.

“Shebi they say I’m a comedian… Ok. Let our president pull some strings, that South African President, who has not been able to stop the xenophobic craze, will be made by those who own the big South African businesses in Nigeria, to come down, in less than 2 weeks.

“But when we have a President that cannot take decisive action when people are being killed like flies in his country, what will he say when it happens outside Nigeria?

“If we have a good country what would we be doing in another man’s country to warrant xenophobic attacks? Fix Nigeria.”

In the latest development, Afrobeat singer Burna Boy has vowed never to step foot in South Africa again until the government “wakes up”.

In a post on his official Twitter page, Burna Boy revealed that he himself had his own fair share of “xenophobic experiences at the hands of South Africans ” in 2017.

In a similar vein, former Supreme Mavin Dynasty artiste, Tiwa Savage has made known on her Twitter page that she was pulling out of a concert she had planned to perform at in South Africa in September, condemning “the barbaric butchering of my people”.

African Queen crooner 2Baba also weighed-in on the attack of Nigerians in South Africa describing the attack as ‘unacceptable.

“Xenophobia is unacceptable and we must deal with it from the source. If you have a mouth, use it, celebrity or not. The real enemy of Africa is laughing once again. We need a massive reduction, reorientation and reorganization of Africa. Some idiotic and backward thinking South Africans have embarrassed the whole continent again and the problem has shifted from that to celebrities. President Mohammadu Buhari, senators, governors, traditional rulers, ministers, prominent Nigerians, inspector general, PDP, APC, this is becoming too shameful. How can we have no dignity in our polity? Nigerians are being killed home and abroad and it is politics as usual. Shame”, 2Baba wrote on social media.

On his part, ‘Soco’ crooner, Wizkid expressed sadness on the attacks. He said; “Disheartening to watch these videos from my home! You’re fighting the wrong war , fighting the wrong people. How do we walk around hating each other? Africa is one! We’re all the same people! Pls don’t loose yourself. Say no to Xenophobia. One love.”

Dami Duro’ exponent, Davido argues however, in his comments on social media that the deplorable socio-political and economic condition of Nigeria is responsible for Nigerians relocating to South Africa.

“If our country was good enough, what are we looking for in South Africa”, David thought out loud.

#XENOPHOBIAINSOUTHAFRICA: Police take over Shoprite in Imo, beef up security in Enugu over reprisal attacks