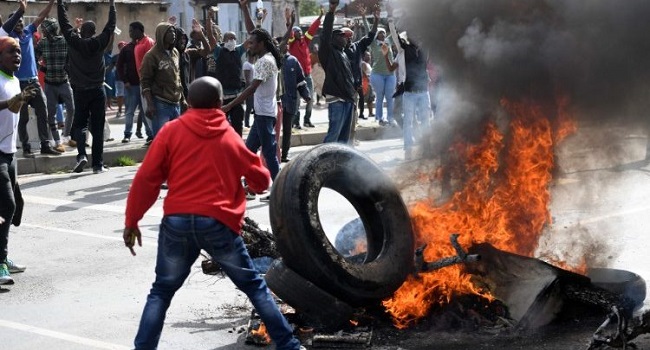 The patronage enjoyed by South Africa-owned service providers in Nigeria should immediately be stopped by the Federal Government until xenophobic attacks on Nigerian citizens stop in the former apartheid enclave (South Africa).

The call was made by the Igbo National Council (INC), a socio-political group, in a statement issued to newsmen on Friday by Comrade Chilos Godsent, the President of INC.

The group also threatened to mobilise for retaliation against South Africans resident in Nigeria if the killings of Nigerians continue in South Africa within the next fourteen (14) days from today.

The statement by the INC reads thus in part, “For many years now, we have watched helplessly with great disappointment and regrets, the reckless killings of Nigerians in many cities and towns in South Africa in the name of Xenophobia. Many Nigerians are been brutally murdered in cool blood in such a barbaric manners.

“We note that no responsible country or leadership in the modern world will sit down and watch her citizens been viciously murdered by blood thirsty hoodlums in whatever reasons.

“We severally watched on televisions seeing Nigerians stoned to dead like in the days of the dark ages, some burnt alive with tyres on their neck, many butchered like cows and many been shot with gun in the presence of the South African law enforcement agencies.

The judiciary has been destroyed by the political class- Emir Sanusi