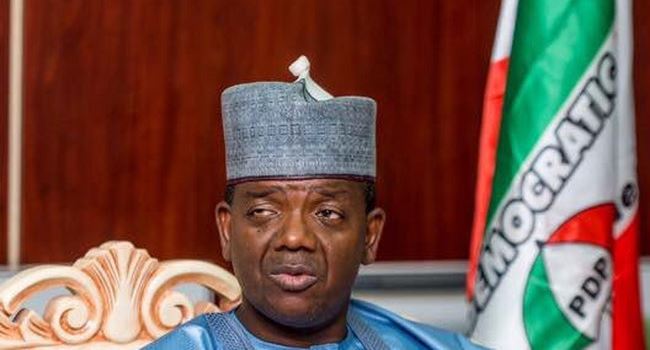 The Governor of Zamfara State, Bello Matawalle, has lamented the huge pension liabilities to local governments, primary school teachers and state civil servants totalling N10 billion left behind by the immediate past administration in the state.

Matawale, who spoke in Zamfara on Wednesday, said aside the N10billion debt left behind by the Abdulaziz Yari’s administration, there are other liabilities such as promotion benefits and workers’ annual increments which had put the state in a terrible financial quagmire.

The governor, however, promised that he would utilize the pension claims that have been repealed by the state House of Assembly for youth empowerments and development of infrastructure in the state.

He said: “The immediate past governor Yari is requesting the state government to pay him about N120 million annually made up of a monthly upkeep allowance of N10 million.

“If allowed thus, it will overstretch the lean resources of the state at a time when the same people who were supposed to pay the meagre amount as pensions to retired civil servants refused to do so and handed them over as liabilities to the present administration.”