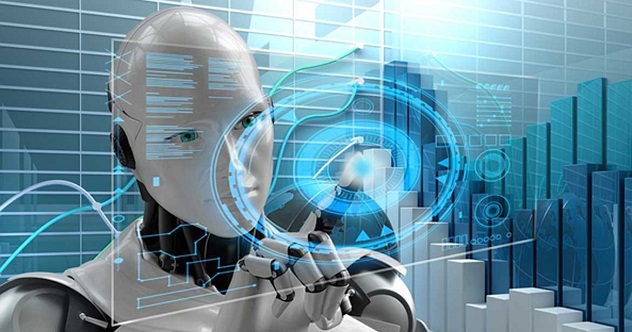 When Nigerian businessman and philanthropist Tony Elumelu, in his keynote address before world leaders, at the 2019 Invest for Growth in Africa Conference in Paris argued that “Africans do not need aid – rather our young people need investment,” the business tycoon and thought leader spoke confidently on sustainable means to grow the economy through real-time empowerment and investment.

Today, away from aids, Nigeria in 2020 is proud of what venture investments from tech have added to its GDP. From disclosed raisers to undisclosed investments, Nigerian tech startups in the year under review closed millions in cash to scale and expand their ventures, thus -facilitating increasing employment opportunities for citizens with possibilities of cutting down on Nigeria’s poverty index which stood at 40.1% in 2019.

This review highlights some of the highest raisers, accounting for over USD120M worth of investment, not mentioning the big USD200M acquisition of Paystack in October by leading American financial service company Stripe.

Leading the pack, Nigerian fintech startup, Flutterwave, in January, raised $35 million in a Series B funding round to expand across Africa.

Coming as a major surprise in the early part of the year, the funding came along with the company securing partnerships with Visa and WorldPay. The unexpected shock and funding milestone influenced analysts to speculate its chances of intimidating market rival, Paystack.

Flutterwave continues as a fintech venture providing businesses all around the world a powerful, reliable and intelligent payments gateway.

Another major raiser was that of Lagos-based renewable energy startup, Lumos, which equally raised $35 million from the US Development Finance Corporation (DFC) to scale its solar energy solution in Nigeria.

With the new raiser, Lumos, again, reinstated its commitment to revolutionise the African market with a reliable and clean power solution, accessible to everyone.

In Africa, Lumos is up in the ring to compete with the likes of Senegal’s Oolu and Lagos-based Rensource.

Weeks into the lockdown that grounded major Nigerian businesses, halting a number of economic activities across the globe, Nigerian healthcare startup, 54gene, announced closing a $15-million Series-A round led by Adjuvant Capital.

The led investor being a US based life sciences fund backed by the World Bank’s International Finance Corporation (IFC), pharmaceutical company Novartis, and the Bill & Melinda Gates Foundation, gave Nigeria a relief to stay hopeful.

Aside being a major raiser at that time, it remains one till today, especially for the calibre of other participating investors which include Raba Capital, V8 Capital and Ingressive Capital.

The $10 million funding reportedly came in from the Republic of Singapore, going forward to show how the sovereign island city-state of Southeast Asia has joined other foreign states to show interest to invest in Nigeria.

The deal was also one of the earliest recorded in 2020. Praised for the closing the raiser, Aella Credit was highly mentioned across news platforms celebrating the milestone.

In July, Nigerian B2B e-commerce platform TradeDepot secured $10 million in a pre-Series B equity funding when it made public its ambition to expand into other African cities.

The 4 year old firm is an end-to-end distribution platform that aims to connect the world’s top consumer goods companies directly to African retailers.

Following the raiser, the ecommerce platform, over 40,000 micro retailers across Nigeria, revealed its intent to launch a suite of financial products and credit facilities for its retailers.

Towards the end of the year, when the second wave of the coronavirus was being predicted, Nigerian digital bank Kuda secured $10 million funding.

Celebrated as one of the largest ever seed round in Africa, the funding came exactly after four years operating in the fintech space.

Led by Target Global, the funding came as part of plans to accelerate growth of the digital bank as well as means to keep up with customer demand.

Although the round saw the participation of other investors including AAIC, China’s Tencent and Noor Sweid, analysts observed that the investment was a significant one, explaining that it was Dubai’s way of establishing its interest in fortunes in Nigeria.

Since the raiser in Q2, the 6-year-old startup has continued in its efforts to digitize Nigeria’s health sector by helping hospitals transition from the paper-based records system to a smart digital system.

Although Autochek mainly made headlines in 2020 for acquiring Cheki Nigeria and Cheki Ghana in September, it also recorded a fund raiser milestone in November.

Founded by former Cars45 chief executive officer (CEO) Etop Ikpe, the automotive technology company stated that the US$3.4 million pre-seed funding round will help it grow its operations and develop its platform.

With the $3.4M in its chest, Autochek continues with its ambition to build digital solutions that will enhance and enable a seamless and safe automotive commerce experience across Africa, starting with Nigeria and Ghana.

Quite remarkable as the investment could rightly be considered as a major breakthrough for a startup which only launched operation in January.

Okra, amongst Fintech players in Nigeria, aims to create a secure portal and process to exchange real-time financial information between customers, applications and banks.

Coming under a first-of-its-kind securitisation of vehicle lease receivables under a Private Company Bond programme, the funding reminds tech players of the unfortunate development that led to the suspension of bike hailing firms in Lagos.

Operating in the logistics space amongst others mobility sectors, the 5 year old startup continues to connect users to vetted professional motorcycle-taxi drivers via a mobile app.