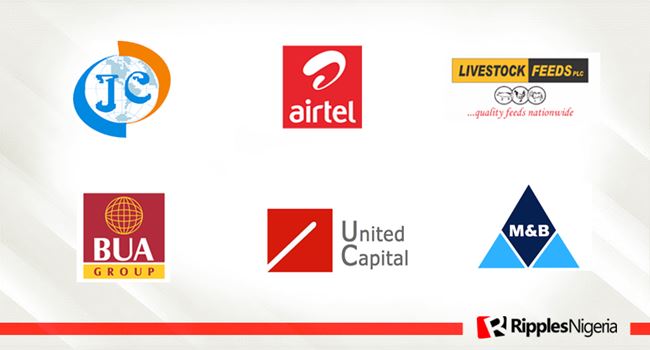 Much as it was fraught with many socio-economic upheavals as diverse as the coronavirus pandemic, an oil crash, a prolonged forex liquidity squeeze and the #EndSARS (anti-police brutality) protests, 2020 was also a blessing to Nigerian stocks.

The market, which opened the year with a market capitalisation of N12.958 trillion, hit its year low on 11th March at N9.580 trillion, twelve days after the first case of the coronavirus was reported in the country.

As the virus outbreak hammered oil prices, foreign capital took flight from the Nigerian bourse and frontier market investors exited the market in droves to seek better havens for their funds.

A negative growth of 6.1% in Africa’s biggest economy in the second quarter compelled the central bank’s monetary policy committee to cut its benchmark interest rate by 100 basis points to 11.5% in September, the second time in the year.

That expansionary move opened a floodgate of interests from domestic investors in Nigerian stocks, with liquidity, which had been largely subdued since March, coming back close to pre-pandemic levels.

It helped the Nigerian Stock Exchange (NSE) record a positive year-to-date return for the first time after several months on 2nd October and the yield never slipped back into the negative for the rest of the year.

Crucial to the impressive run of the market in 2020 was the low yields in fixed-income securities like bonds, which forced investors to re-allocate a great deal of such funds to stocks, which offered better returns.

Sunu Assurances started the year at a share price of N0.20 per unit and closed at N1, implying that it gained 400% on its opening price valuation, a feat that made it the best Nigerian stock in 2020 in terms of year-to-date return.

The stock lacks sound fundamentals, with negative Earnings Per Share (EPS) of –N0.02, meaning there is no fundamental basis for its significant price appreciation. Yet, it is probable that the increase in its valuation could have resulted from the ongoing recapitalisation round in the insurance sector.

FTN Cocoa opened with a share price of N0.20 per unit at the beginning of the year and closed at N0.73 on the last trading day, yielding 265% during the year, which made it rank second among best performing Nigerian stocks in 2020.

There is no obvious fundamental justification for its price rally even as its EPS is currently negative at –N0.36. The company might be planning a capital raise, which could have triggered a sharp rise in its price valuation in the year under review.

Neimeth emerged the third best performing Nigerian stocks after gaining 259.68% on the price valuation of N0.62 per share with which it started the year. The shares of the drugmaker closed at N2.30 per unit at year end with an EPS of N0.20 and a Price-to Earnings (PE) ratio of 11.16.

Japaul, which had operated as a petroleum services firm since inception in 1994, announced in August it was venturing into mining as the pandemic took its toll on oil and gas.

Its EPS is N6.53 with a PE ratio of 0.04, making it one of the most undervalued stocks on the Exchange.

That made the wireless service provider, which debuted on the NSE last year, 5th on the list with a PE Ratio of 15.48.

Livestock Feeds opened at N0.50 per share at the beginning of the year and gained 160% to close at N1.30 on Thursday.

BUA Cement, began the year at a share price of N38.45 in January after listing its shares on the NSE as the surviving entity that resulted from a marriage of Obu Cement and Cement Company of Northern Nigeria.

FCMB emerged the tenth best performing stock in Nigeria in 2020, having gained 80% on the N1.85 price valuation it opened with at the beginning of the year.

Related Topics:NSEtop performing stocks in 2020Year in Review
Up Next