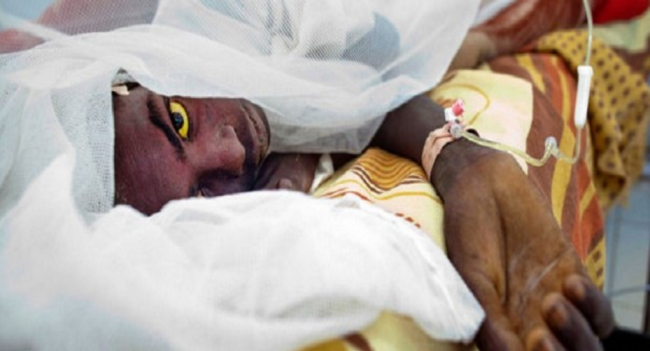 Ten persons have been killed so far by a disease suspected to be Yellow Fever in different communities of Ningi Local Government Area of Bauchi State.

Two health workers working at the Tipchi Primary Health Care Centre, have reportedly been infected with the disease which affected communities of Tipchi, Deru, Sabon Gari, Tudun Wada and Barawo, all of which are under Burra District in Ningi Local Government Area, Daily Trust gathered.

One of the affected health workers at the Tipchi Primary Health Care Centre, who preferred to hide his identity said; “As I am talking to you I am also affected by the disease. I am currently at home with high fever, I cannot go to work. My female colleague is also down with high fever.”

He said the outbreak started almost four weeks ago and the centre reported it to the local government primary health care department.

“We have received more than 20 persons with suspected cases of Yellow fever recently and majority of them come with the same symptoms; high fever, yellowish eyes and severe abdominal pains.

“Because of their condition and the number of cases recorded, we immediately referred them to the General Hospital and after one or two days you hear that the patient is dead.”

A community leader in Tipchi village, Ilya Muhammed, told news men that about ten persons died of the disease in Tipchi and neighbouring village.

He appealed to the state government and other relevant agencies to send a team of experts to ascertain the nature of the disease for prompt intervention so as to curtail the number of casualties.

The Executive Secretary, Bauchi State Primary Health Care Development Agency (BPHCDA) Dr Rilwan Muhammed, has travelled out of the country for an official assignment and efforts to get confirmation of the disease from the agency proved abortive, but a staff of the agency who spoke on condition of anonymity said BPHCDA received report of the outbreak and investigation has since commenced to ascertain the disease.

It could be recalled that last month 22 persons died of Yellow fever in Alkaleri LGA of the state.

FANI-KAYODE TO OSINBAJO: ‘If your boss can’t trust you why are you still there?’

ALLEGED $2M BRIBE: Okorocha dubs Gulak shameless, says he ought to be in ‘jail’