Yes, Omah Lay grabbed the Headies; Where do we go from here? | Ripples Nigeria 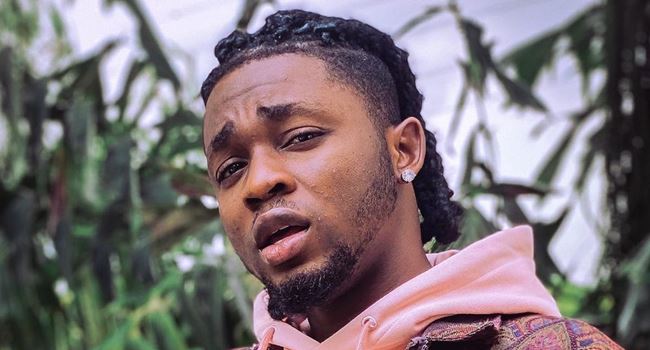 Port Harcourt-born Nigerian singer-songwriter, Omah Lay won the award for the “Next Rated Artiste’ at the 2020 Headies Award. A well-deserved honour; the victory means the torch has been passed unto Omah Lay to tread the path of Afrobeat legends, Wizkid and Davido.

In 2020, Omah Lay broke through, becoming a mainstay in the mainstream media following the success of his 5-track debut EP, Get Layd. The singles, ‘Ye Ye Ye’, ‘Lolo’ and ‘Damn’ received massive airplay and rotation on various music platforms.

Interestingly, Omah Lay, real name Stanley Omah Odidi worked as an independent artiste and produced a majority of the tracks on the EP.

The excellence of his debut project intensified the interest of the American record label, Atlantic Records that signed him in November 2020.

Days after his signing, the 23-year-old singer immediately released his second EP, What Have We Done?

The success of ‘What Have We Done’ catapulted Omah Lay into further mainstream prominence. The singles, ‘Godly’ and ‘Can’t Relate’ have since become anthems across the streets of Nigeria.

In December 2020 when the Headies nomination list was published, Omah Lay was nominated in the category for the ‘Next Rated Artiste’. He was nominated alongside Oxlade, Tems and Bella Shmurda.

Although this particular category was usually controversial, ardent followers of Afrobeats in the country expected Omah Lay to grab the award for obvious reasons.

First, he was signed to a major record label, unlike his contemporaries who are primarily independent artistes. Omah Lay is surrounded by artisans who possess the acumen to understand the dexterity of music that would help him to attain his full potential.

The self-acclaimed African Giant, Burna Boy is also signed to Omah Lay’s label, Atlantic Records and he has two Grammy nominations already. Hence, Omah Lay is with the ideal team; a coterie of people who have only have two objectives in mind; to win and to keep pursuing excellence.

Also, Omah Lay’s projects were hypnotic, and was a crossover hit. It resonated with his listeners, especially the Nigerian youths.

While Bella Shmurda’s single, ‘Cash App’ was a massive hit, he did not have a consistent body of work to compete against Omah Lay’s two EPs. Also, Tems’ Broken Ears EP was for a particular demography; which made it tedious to disregard Omah Lay’s ‘Get Layd’ project which was very assessable and easy to listen to.

In the end, Omah Lay deserves to be here and it’s only a matter of time before he becomes all that he has set out to become.