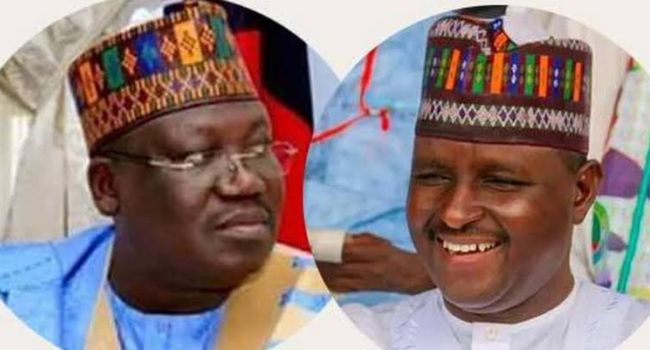 The Yobe State chapter of the All Progressives Congress (APC), says it will appeal the ruling of the Federal High Court in Damaturu which overturned the candidacy of Senate President Ahmad Lawan for the Yobe North Senatorial district ticket for the 2023 election in favour of Bashir Machina as the party’s flag bearer.

The court had, on Wednesday, in a ruling by Justice Fatima Murtala Aminu, ruled in favour of Machina, recognising him as the bonafide candidate to fly the APC flag in the 2023 election against Lawan.

Justice Aminu also ordered the party to submit Machina’s name to the Independent National Electoral Commission (INEC), and mandated that the electoral body should publish his name as the APC candidate in the 2023 election.

However, the state Chairman of the APC, Muhammed Gadaka, while addressing newsmen at a press conference in Abuja on Friday, said the party would appeal the judgement despite Lawan’s decision to obey the court’s ruling.

Disclosing the position of the party, Gakada said the APC in the state had resolved to exercise its legal rights to an appeal and has decided to recognise Lawan as the party’s preferred candidate for the district.

“We are aware of the Wednesday, September 28, 2022, ruling of the Federal High Court in Damaturu, the Yobe State capital, concerning the forthcoming Yobe North Senatorial District election,” Gakada said.

“However, we respectfully reject the decision of the President of the Senate, His Excellency Senator Ahmad Lawan, accepting the judgment of the court which disqualified his candidature and participation in the election.

“In exercise of our legal rights, the Yobe State chapter of the All Progressives Congress (APC) has decided to appeal the Federal High Court ruling in the interest of Yobe State, Nigeria and good governance.

“We must protect and sustain Senator Ahmed Lawan’s twenty-three years exemplary sojourn as a lawmaker and his impeccable record of leadership and patriotism – and commitment to making Nigeria work,” the party Chairman said.

Related Topics:LawanMachinaYobe APC
Up Next

Tinubu will win in 2023 with or without Afenifere’s support —Ex-minister, Shittu