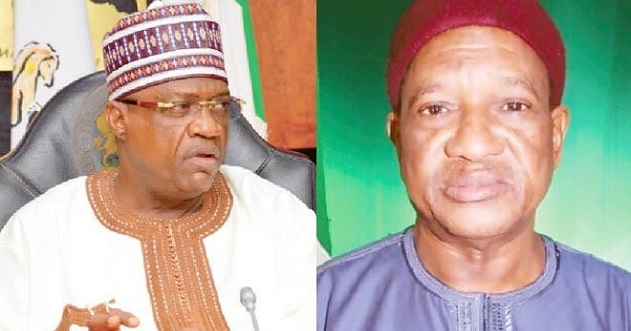 The Senator representing Yobe East, Bukar Abba Ibrahim has stepped down from the race for Governor Ibrahim Gaidam.

Bukar Ibrahim, a three term governor of the state, was to contest for a fourth term in the Senate before his decision to step down.

The Senator made the announcement on Tuesday during a visit to Gaidam at the Yobe State Governor’s in Abuja.

According to him, his decision to withdraw from the race was informed by his earlier promise not to contest for the seat with Governor Gaidam, adding that he fully supports the aspiration of the APC National Secretary, Hon. Mai Mala Buni for the governorship position of the state under the platform of the APC.

“In politics, you are bound to have disagreements. You cannot have everything moving perfectly well all the time. But it is always possible to sit back and look at how things are going and correct what needs to be corrected…I have been together with my brother, Governor Gaidam, for a very long time. These little issues will not in any way come between the two of us.

“I am thankful to Almighty God for His bounties. What I had is more than enough alhamdulillah. I was commissioner, governor three times and senator also three times. The only thing I never got so far politically is the president of Nigeria”.

He also pledged to work for what the Yobe APC stakeholders agreed upon during a meeting in Damaturu two weeks ago with regards to the candidature of Mai Mala Buni, Governor Gaidam and others.

“I do not want Yobe to go to other hands other than the APC. I would forgo any political ambition for Yobe and for the APC. The interest of Yobe is number one for me”, he said.

In his response, Governor Gaidam expressed his appreciation to Senator Ibrahim for his decision to step down for him, adding that the action has shown that the Senator is a man of his words.

The governor also explained that he and Senator Ibrahim had never quarrelled over politics and that their ambition would always be for the good of the people of the state.