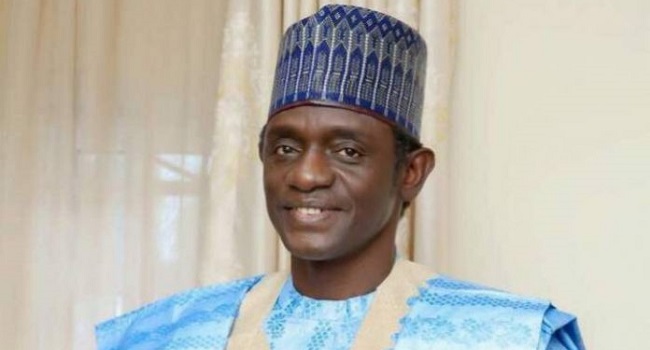 The Governor of Yobe State, Mai Mala has raised an alarm over a fake Twitter account tagged ‘@mmbproject’ making the rounds on social media which cyber criminals have been using to shortchange unsuspecting internet users.

Governor Buni raised the alarm on Saturday in a statement issued by the Director-General, Press and Media Affairs to the governor, Mamman Mohammed, warning members of the public not to engage in any transaction with those behind the fraudulent account.

“This is to draw the attention of the general public to a fake Twitter account named ‘mmbproject’, His Excellency Gov. Mai Mala Buni, is in no way associated with the account and has nothing to do whatsoever with the said account and all the contents therein.

“You are by this announcement advised against any transaction with the handler(s) of the fraudulent account.

“The general public is also warned against engaging in any transaction or taking any communication emanating from the said account who may claim association with His Excellency, the governor.

“It is fake, fraudulent and very distanced from Governor Mai Mala Buni,” the statement read in full.

This came days after Governor Mai Mala Buni threatened to go hard on suspects found guilty of rape in the state by declaring that his administration will fully apply the state’s laws on rape which stipulates life imprisonment for rape cases involving minors or 25-years jail term when it involves the raping of an adult.

Governor Buni who gave the warning on Friday via a press release issued in Damaturu, through the Director-General Press and Media Affairs, Mamman Mohammed, charged community leaders in the state to be extra vigilant and report any case of rape in their domains to appropriate authorities.

Related Topics:BuniYobe State
Up Next