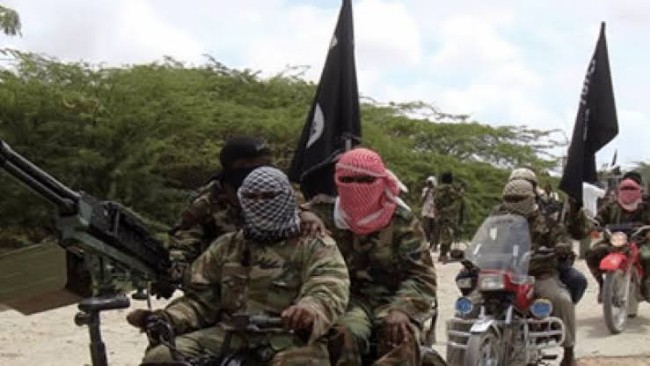 The Yobe State Police Command spokesman, ASP Dungus Abdulkarim, has confirmed an attack by the Boko Haram terrorists group in Geidam local government area of the state where 10 people were killed and several others injured.

In a statement he issued in Damaturu on Saturday and made available to journalists, Abdulkarim said the “attack which was orchestrated by the Boko Haram insurgents in Geidam town” happened on Wednesday night.

The police spokesman said the insurgents who rode into the town on motorcycles during the attack, also burned the staff quarters of a public school in the area.

“Currently, normalcy has returned and people are going about their normal businesses as security operatives were deployed for patrols and visibility policing to avert future occurrence of the attack,” he said.

The police image maker, who conveyed the sympathy of the state Commissioner of Police and the Command to the Geidam community over the attack, urged the people to report suspicious movements and persons in their communities to security agencies to forestall future occurrences.