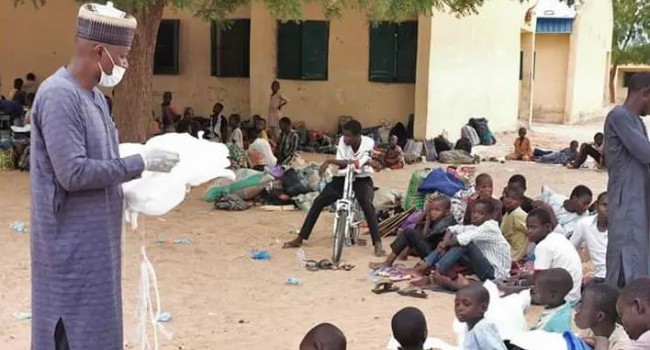 No fewer than 125 Almajiris evacuated by the Gombe State government have been received in Yobe State and have been placed under isolation to ascertain their health status.

“While the COVID-19 Yobe State Task Force is working round the clock to ensure the state is safe and basic precautions are adhered, the new arrival Almajiris were received and accommodated. We are taking care of their feedings and shelter. The Ministry of Health is also ensuring that they pass through all the necessary processes to ensure they are fit to go home,” Gone said.

According to Dr. Ali Ibrahim Abbas, Secretary COVID-19 Sub-Committee on Security, Lockdown and Enforcement, the government of Yobe State was working round the clock to ensure the health, safety and welfare of the returnees and other members of the general public.

“We shall continue to monitor all developments in this regard,” Dr. Abbas said.