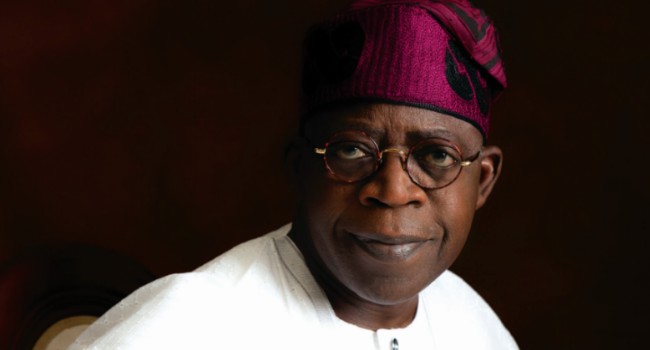 A Yoruba youth group, the Yoruba Youth Forum (YYF) has warned the National Leader of the All Progressives Congress, APC, against insulting or disrespecting former President Olusegun Obasanjo.

The group also caustioned the former Lagos State governor “not to put the Yoruba nation on fire with his utterances.”

According to the group, they took serious exception to Tinubu’s alleged description of Obasanjo as “an unserious man who should not be taken seriously”, adding that it was sad that Tinubu, a Yoruba man, would allow himself to be used to attack Obasanjo “who is one of the highly respected Yoruba leaders of this generation.”

Calling on the APC national leader to repent and apologise to the former President, the YYF noted that his statements about Obasanjo were capable of causing “chaos and disrupting the peace that we enjoy in the South-West.”

A statement issued on Wednesday by YYF Chairman, Olusegun Bolarinwa, reads in part: “It was not just by a mere coincidence that Obasanjo ruled Nigeria as a civilian and as a military man; it was an act of God.

“Today, Obasanjo still remains the issue because he is a true, detribalised Nigerian who puts Nigeria as his priority above ethnic consideration and he has not been sentimental about this.

“Because of his boldness, and intellectual ability, he remains an international figure whose opinions are highly respected all over the world.

“For casting aspersions on such a highly respected leader who has done so much for Nigeria and the international community, one would say that Tinubu has exhibited arrogance and disrespect for a leader that has been championing the unity of Nigeria.

“This is not expected of Tinubu since he claims to be a Yoruba and political leader who should know better.

“Tinubu, who claims to be one of the Yoruba leaders, should have known that it is a taboo to disrespect an elder.

“The Yoruba Youth Forum regards this statement as an insult on the Yoruba race and this is not expected of Tinubu who should have known better than an ordinary politician.”