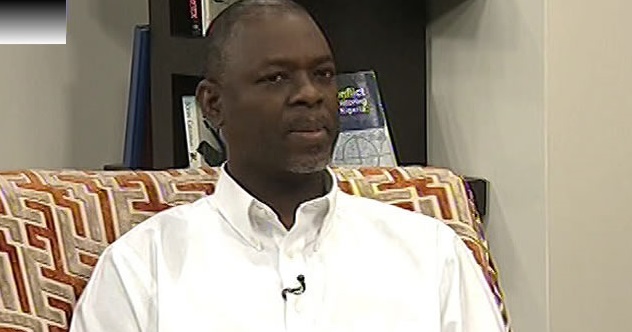 A former Managing Director of the News Agency of Nigeria, NAN, Mr. Akin Oshuntokun has hit back at the Special Adviser to the President on Media and Publicity, Femi Adesina, for calling him a liar over his claim that there was a bomb attack on Sallah Day in Maiduguri, Borno State.

According to Oshuntokun, who is the spokesman of the Coalition for Nigeria Movement, CNM, Femi Adesina and his boss, President Muhammadu Buhari are the real liars fro con consistently lieing to Nigerians.

The former aide to President Olusegun Obasanjo was reacting to Femi Adesina’s scathing statement on Thursday where he accused him of lieing, almost labelling him an enemy of the country.

Oshuntokun, who cited Reuters news agency and the BBC, noted that on August 20, 2018, Boko Haram killed scores of persons in Mailari, Borno State.

He, therefore, warned Adesina to stop telling lies but to stick to the facts.

Osuntokun said: “I find it insulting that I would be referred to as an enemy of the country because I said there was a terrorist attack in Borno State, which was reported on the eve of the Sallah celebrations by Reuters and several other news agencies

“I admit that I mixed up the figures, but this is because these attacks were so frequent that it was hard to remember the figures.

Read also: Airport guards who returned lost bag prove that Nigeria is on her way to redemption— Buhari

“But to say that there was no attack is nothing but a lie from the Presidency.

“The real liars are Adesina and President Muhammadu Buhari who go about deceiving Nigerians on a daily basis.

“It is regrettable that Adesina, using the instrumentality of the Presidency, can call me the enemy of the country.

“I wonder whether he is not an enemy of Nigerians by threatening them to give up their land to herdsmen or risk being killed,”

The public affairs commentator counselled Adesina and President Buhari to focus on governance rather than on propaganda.