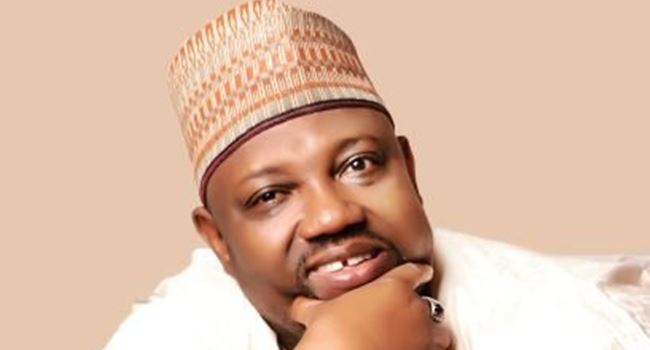 A chieftain of the All Progressives Congress (APC) in Zamfara State, Sani Shinkafi, said on Saturday the Peoples Democratic Party (PDP) cannot force Governor Bello Matawalle to step down following his defection to the ruling party.

Two members of PDP had last week filed a suit at the Federal High Court, Abuja, in a bid to force the governor to leave office.

Shinkafi, who spoke on the development at a media briefing in Gusau, said no amount of pressure would force the governor to step down.

The ex-All Progressives Grand Alliance (APGA) chieftain urged security agencies to invite PDP leaders for questioning following their claim that the governor has vacated the position following his defection to the ruling party.

He said: “It is extremely laughable that the PDP that celebrated the defection of Governor Samuel Ortom of Benue State and Governor Godwin Obaseki of Edo State from the APC to the PDP with such elaborate fanfare would muster the effrontery to attempt to remove Governor Bello Matawalle from office for defecting to the APC. Once again, it is simply ridiculous.

“We are also wondering why the PDP which benefitted from the defection of Aminu Tambuwal of Sokoto State did not see anything wrong with such defections.”

He expressed surprise that PDP which failed to challenge the defections of Cross River State Governor, Ben Ayade; and his Ebonyi State counterpart, Dave Umahi; would suddenly cry foul over Matawalle’s decision to quit the party.

The governor, according to him, was fully protected by Section 308 of the 1999 Constitution which grants him immunity from criminal prosecution.

Shinkafi added: “A similar case as this had come up in the case of EJURA V. IDRIS & ORS (2006) LPELR-5827, and the Court of Appeal held that a governor once elected can only be removed by an election petition tribunal and not a regular court such as the Federal High Court.

“The court also held that the provisions of the Electoral Act can only operate to remove an elected governor if the provisions are invoked before an election tribunal. The Court of Appeal, therefore, held that the trial judge was right to have declined jurisdiction to remove Governor Idris by an Originating Summons filed before the Federal High Court (as in this case), since the governor was absolutely protected by immunity in section 308 of the Constitution.

“It should also be noted that the Supreme Court decision that enthroned Governor Matawalle into office was a pre-election matter between two factions of the APC (not PDP), and the time to challenge Governor Matawalle expired over two years ago.

“More significantly, section 180 of the constitution provides the only situations in which a validly elected governor can cease to hold office; not by removal through an Originating Summons filed before a Federal High Court.”