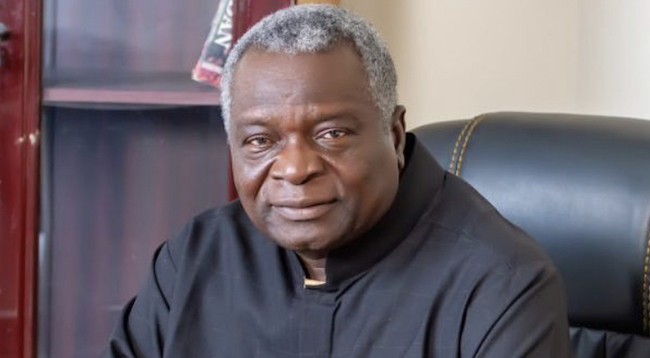 Oyinlola, who stated this in a statement he personally signed in Osogbo, was reacting to the former governor’s claim in his recently launched book that the 2003 general election was rigged in the Peoples Democratic Party (PDP) chieftain’s favour.

He said the APC chieftain lost the election because he fought too many battles across different sectors during his four-year rule.

He said: “Chief Akande said the 2003 governorship election in Osun State was rigged in my favour. Chief Akande has repeatedly told this lie. The truth is known to everybody in the state that Akande lost the state shortly after he took over in 1999 and started fighting everyone in the state.

“He sacked thousands of workers and did not pay their entitlements. In some instances, the retrenched persons included husband, wife, and children. He owed those who were not sacked months of unpaid salaries which I inherited and paid. He deducted 20 percent of workers’ salaries to fund his projects.

“He fought obas, chiefs, and religious groups and leaders. He sacked the press from government activities, blocked the only access road to NTA Osogbo, and locked the gate of the Government House against even press correspondents in the state. He had no word of succor for his victims.

“These were the ingredients that cooked his defeat in 2003. But it is convenient for him to blame his defeat on everyone else apart from himself. I defeated him comprehensively in all local governments in the state apart from his home council area. Again, the details are in my forthcoming book.

“Chief Akande wrote on the Government House that he wanted to build on a site on Ilesa road in Osogbo which I stopped. I found it strange that Chief Akande who boasted that he was prudent and honest as governor, awarded the construction of a Government House in his last days in office, after he lost the election, and in advance, paid the contractors the entire contract sum of N800million. Chief Akande confirmed this strange payment on page 393 of his book.

“This was a man who said there was no money to pay workers and pensioners but he had enough to pay a contractor in advance for a government house after losing his re-election. In any case, the state already had an ongoing Government House started by the military government which Akande refused to complete.

“ I completed the project and added chalets plus a presidential lodge. Everything was completed and commissioned within my first year in office. The state has continued to use the structures to date. Akande, in his book, condemned my decision to opt for that project instead of his own idea. Further details on this are in my forthcoming book.”

Masari calls for unity in fight against bandits, others