You must act within the law during operations, Acting CJN tells Nigerian military | Ripples Nigeria 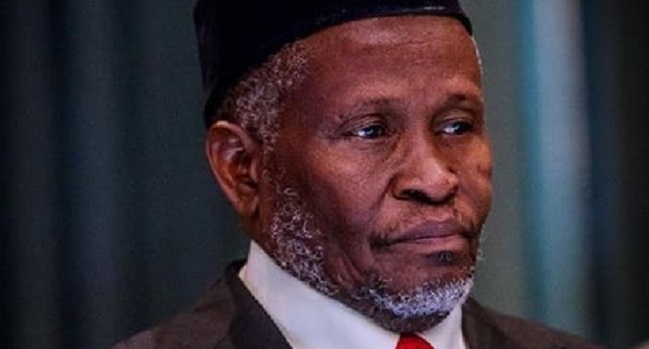 The acting Chief Justice of Nigeria, CJN, Justice Tanko Muhammed, has tasked troops of the Nigerian military to always act within the dictates of the laws of armed conflict whenever they are carrying out military operations.

According to Justice Muhammad, there has been an increase in criticism concerning military operations both locally and internationally, making the need to act within the laws during operations imperative.

The Acting CJN stated this on Tuesday when he delivered a keynote address at the 2019 edition of the Law of Armed Conflict retreat for NAF legal officers at the Nigerian Air Force headquarters in Abuja.

Insisting that the armed forces were established to serve and be accountable to the Nigerian people, Justice Muhammad stressed that they must adhere to the rules of engagement in line with international best practices.

He said: “For me, nothing is more important than acting within the ambit of the laws in whichever roles you find yourself. As such, our troops must always adhere to the laws of armed conflict during military operations.

“The military is very critical to the success of any democracy. After all, of what use will our great wealth be, if not well defended? Let me state here that Nigeria appreciates the sacrifices of the military in keeping the country united. The sacrifices will never go in vain.

“More recently, your role in moving logistics and electoral personnel did not go unnoticed. Such support increases public trust which is key to the success of the ongoing counter-insurgency operations in the country.”