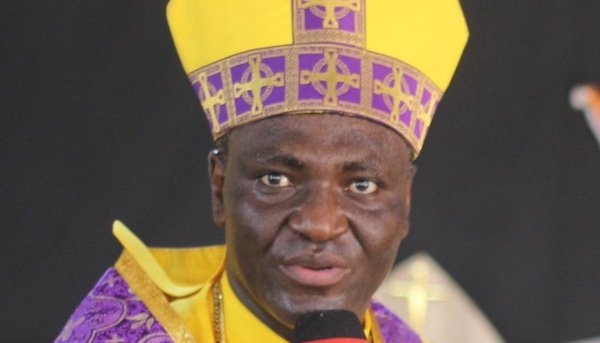 Founder of the Resurrection Praise Ministries, Worldwide, Archbishop Samson Benjamin has called for a generational change, as the antidote that would bring needed developmental changes to Nigeria.

He stated that what the country needs, is for younger politicians to be tutored, and mentored to take over the realms of power to run the affairs of the country.

He lamented a situation, which he described as a “recycling of same old politicians, in different positions across the county”, and that the youths should be given more opportunities to showcase what they have to offer, in terms of leadership qualities.

Archbishop Benjamin stated this at the weekend, while speaking during a radio interview on Metro Fm, Lagos, noting that the younger generation of Nigerians, have what it takes to take the nation to the next level, if given the chance.

He also lamented, that the old breed of politicians have deliberately, and systematically, impoverished the younger ones, in order to keep them out of government, especially at decision making, and leadership cycles.

“At 35 to 45 years old, people are in their most productive years and can contribute a lot to nationhood. Look around the world, see France, Finland, younger ones are making impact”, he posited.

Speaking on the Yuletide season, the clergyman lamented, that Nigerians are not happy, because the economy is biting harder by the day, diminishing the purchasing power of the average citizen, such that they are unable to feel any impact during this Yuletide celebrations.

He therefore called on leaders to be compassionate, to feel the pulse of the people, and do the necessary.

The Archbishop, also spoke on the witchcraft conference formerly slated to hold at the University of Nsukka, Enugu State, but which was later cancelled after he spoke out, and mobilized Nigerians against it.

He called on government to probe the organizers of that event, who were mainly members of the academic community, with a view to determine that such negative influence and tendencies were not being passed on to the younger ones.

According to him, while government and other stakeholders were concerned about the increasing activities of cultist, and spread of cultism in many institutions of higher learning in the country, it should be of concern that those in charge of such institutions were deep in occultism and witchcraft.

“This is not good for our children, and the future of our country, because while we are complaining Nd doing everything to stop cultism in our universities, those in charge there are promoting witchcraft, which is in tandem with cultism”.

Witchcraft is a bad omen that must be eliminated from Nigeria, because anywhere there are witches and wizards, there is no progress or prosperity. A wise nation learns from other nations greater than them.

“There is no way Nigeria can move forward, if witches are allowed to prevail”, the clergyman said.