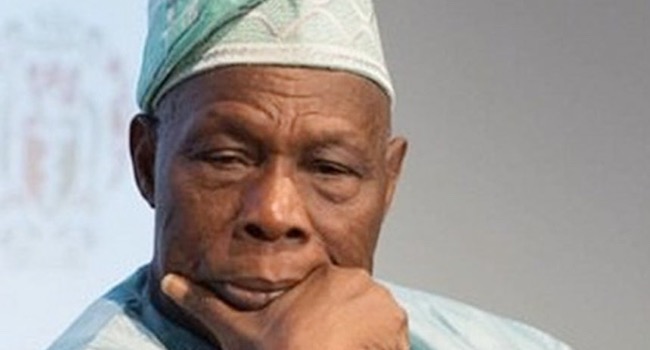 The former president had on January 1 picked the former Anambra State governor ahead of the All Progressives Congress (APC) presidential candidate, Bola Ahmed Tinubu, his Peoples Democratic Party (PDP) rival, Atiku Abubakar and Rabiu Kwankwaso of the New Nigeria Peoples Party (NNPP) as his preferred candidate for the election.

He also reaffirmed his support for the LP candidate at an interactive session in Abeokuta, Ogun State, on Friday.

However, in a statement signed by its chairman, Niyi Akinsiju and Secretary Cassidy Madueke, the BMO advised the former president to keep his opinion on national issues to himself.

The group insisted that Obasanjo has a reputation for faulty and selfish opinions.

It also appealed to Nigerians to vote for Tinubu in the election.

The statement read: “The earliest display, since our return to democracy, of his (Obasanjo) poor sense of political judgment in selecting the country’s president was when he began to think that he was the best thing Nigeria needed, and consequently tried to re-write the Nigerian Constitution and award himself a third term in office.

“Failing to secure that obnoxious third term agenda, the self-centred leader decided to hand-pick a leader who he could control since he could not be in the office. It was then he foisted on the country a candidate whose state of health was clearly questionable.

“Upon the sad demise of that candidate, Mr. Obasanjo looked for the next lackey and found one in former President Jonathan, a candidate that came in to further build on the institutional corruption that President Obasanjo had founded.

READ ALSO: Only enemies of Nigeria will vote for Atiku, Tinubu as president – Obasanjo

“It didn’t take long for President Obasanjo to go back to his vomit, and endorse Atiku Abubakar, a notoriously corrupt individual, by his own admission, and by his former boss-Obasanjo himself. The former President, in the pursuit of his selfish ambition, threw caution to the wind and endorsed the man he once swore never to support.

“Former President Obasanjo’s latest endorsement of the overhyped Mr. Peter Obi, a candidate with no substance or clear vision for the country, whose track record of failure has left a foul stench still suffocating the people of Anambra, follows the Obasanjo pattern of directing Nigerians to the pit of hell because he does not have the keys to heaven.

“We urge eligible voters to key into the testimonials of the presidential candidate of the All Progressives Congress who has verifiable record and a vision for renewed hope for Nigeria.

“Asiwaju Tinubu is the only candidate that offers two good deals for the price of one vote: he will build on the solid foundation that President Buhari has put in place, which is evident to all Nigerians; and he would also usher in a renewed vigour in APC’s progressive agenda.

“Tinubu is bringing to the table an experience of handling tough environments and a gift of recruiting the best hands to deliver on the job. His achievements and testimonies from Lagos State are strong indications of his capacity to steer the country in the right direction.”

Related Topics:Obasanjopro-Buhari group
Up Next

Like locusts, PDP will devour everything if returned to power – Tinubu