Your people are behind kidnapping in S/West, Sultan of Sokoto tells Yorubas | Ripples Nigeria

Home » Metro » Your people are behind kidnapping in S/West, Sultan of Sokoto tells Yorubas 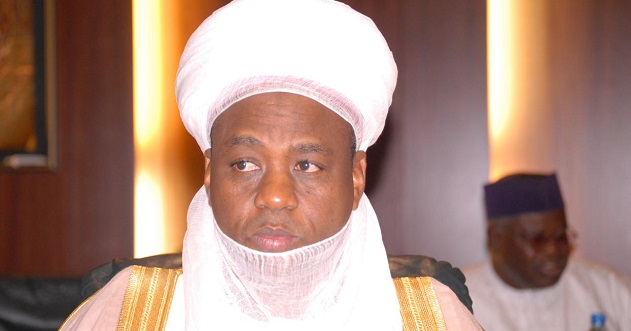 In the face of the ongoing kidnapping challenges in Southwest region, the Sultan of Sokoto, Muhammad Sa’ad Abubakar lll, on Sunday said Yoruba indigenes engineered kidnapping in South west region.

Abubakar said operations of kidnappers in the region wouldn’t have been possible without sponsorship by some Yoruba people that benefited from it.

The monarch made the claim while speaking at the inauguration of Sheikh Idress Faazazi Morgaji Central Mosque in Iwo, Osun State.

He charged Nigerians to stop blaming a particular tribe for the insecurity challenges facing the country.

Represented by the Executive Secretary, Muslim Ummah of South West Nigeria (MUSWEN), Prof. Dawud Noibl, the Sultan advised that rather than blame a tribe, every Nigerian should be patriotic to correct things that were wrong in the society.

He said: “It is important for us to be courageous and expose those behind unlawful and criminal activities in the society.

“Some people in Yorubaland must surely cooperate with those involved in kidnapping and other for social vices to succeed.

Foreign criminals don’t know how to move around without the assistance of the insider. They are given accommodation and they are also supplied food.

“Some Yoruba people must be giving the evil perpetrators the moral support to describe the area where the families of victims can pick them after collecting their ransom.”