Home » Politics » ‘Your utterances are off key,’ Buhari’s team attempts to whip US Officials into line 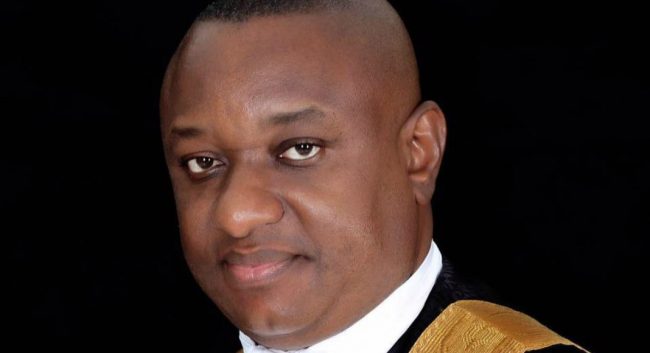 The All Progressives Congress Presidential Campaign Council has said that statements by the US Ambassador to Nigeria W Stuart Symington are capable of injuring public confidence in the country’s general elections.

While appreciating the interest of the US and other western nations in the forthcoming elections, the APC Presidential Campaign Council said the statements from the Ambassador have been off-keyed.

APC PCC, in a statement signed by its Director of Strategic Communications, Festus Keyamo, ‘the continued warnings about flawed elections’ is capable of casting an unwarranted cloud over the process.

Below is the full text of the statement:

We are deeply concerned about many of the expressions of the United States’ Ambassador to Nigeria, Ambassador W. Stuart Symington and other Western Diplomats which have been directed towards Nigeria’s upcoming elections. Whilst we laud and whole-heartedly welcome their interests in the elections, many of these expressions have been notably off- key’.

The continued warnings about ‘flawed elections’ is capable of casting an unwarranted cloud over the process. Instead of encouraging our country toward credible elections, such statements undermine public confidence. It would appear that these envoys seem to have discredited the election before it has even taken place.

We truly hope some of the statements attributed to these diplomats are inaccurate. For instance, the Premium News reported that Ambassador W. Stuart Symington threatened to “hold to account” anyone whose speech, no matter the motivation of that speech, engendered hatred. We all agree that any speech willfully intended to trigger violence is condemnable. However, in condemning other forms of political speech, the American envoy overstepped his ambassadorial brief. For instance, the American Ambassador was reported to have condemned a situation where a candidate says that his opponent’s political and economic policies are abhorrent and dangerous to the greater welfare of the people and calls on the citizens to hate and reject such policies. In our view, this is a correct statement because it is the duty of the candidate to tell the people these truths to protect the nation from subsequent calamity. But Ambassador Symington says his country would punish such necessary political speeches.

For us it is significant to note that such strong political speeches are not unlawful in the United States, but Ambassador Symington is seeking to penalize such speeches by Nigerians. He seeks to shrink our ambit of free speech so that we may behave in accordance with their vision of well-behaved Africans, rather than in consonance with our vision of our own democracy, no matter how tumultuous and dramatic we may be. It would appear that his position seeks to prohibit forms of expression integral to our political discourse. These forms of expression have time and time again been adjudged to be constitutionally-protected speeches by the United States Supreme Court.

However, Ambassador Symington intentionally issued his threats to place a chilling effect on speeches in Nigeria that, if uttered in America, would be constitutionally protected. Unfounded allegations and threats to penalize people for constitutionally-protected free speech is improper interference in our internal affairs. Sadly, what Ambassador Symington and some other western diplomats are doing border on the improper.

We take the view that the constant statements by Ambassador Symington and the other diplomats are implicit attacks against the government of Nigeria. These statements imply the Nigerian government is inclined to rig the election in favour of President Muhammadu Buhari. This is unfair and unacceptable to us. President Muhammadu Buhari has never been accused of electoral malpractice all his life. However, in contrast, former Vice President, Alhaji Atiku Abubakar publicly boasted a few months ago that he rigged the 2003 election in the Southwest States. Here, we have an open confession of blatant electoral malfeasance by the PDP candidate. But in all of these, there seem to be no concern by Ambassador Symington and other diplomats about this well-acknowledged proclivity of the main opposition.

We expected that such open confession to rigging in the past would have drawn condemnation from the United States. Rather what we witnessed recently was the ignoble act of giving such a self-confessed rigger with a decade-old indictment in America for corruption hanging over his head a special status to enter the U.S for a few days. Such is the double standard that America now displays for the whole world to see.

It is unfortunate that most of these countries that sermonize about free and fair elections have ugly histories of denial of voting right to people because of their colour and are still facing many challenges with their electoral systems till date.

The continued reference and praise of the 2015 election by Ambassador Symington clearly shows he needs further briefing about the Nigerian situation. For his information, the 2015 presidential election, at the end of the day, produced the correct outcome, but with flawed figures in many areas. Though they lost, the figures attributed to the PDP were inflated in many places, especially in the South South, to save the face of the past President and to reduce the margin of his defeat. President Buhari is determined to improve on the 2015 elections and so it cannot even be our benchmark.

An American ambassador has a great responsibility in representing the strongest economic and military power in the world. His comments carry weight because of the status of his nation. This means his comments should reflect a deep knowledge of the subject. Sadly, Ambassador Symington has not shown the deep knowledge of Nigerian situation. The impression he creates by constantly harping on suspected government interference with the electoral process is that President Buhari cannot win without tipping the results. He seems to be saying that only a PDP victory will be evidence of a fair election.

Again, he is in great error. From all of the information at our disposal, President Buhari can and should win a free and fair election. However, it appears to us that Ambassador Symington is substituting his subjective conclusions for the sovereign will of the Nigerian people. In doing so, he has abandoned the impartiality of a true envoy and has trespassed into interfering in our electoral process.

Instead of encouraging free and fair elections, these judgmental statements and threats only cast an unnecessary pall over the elections and the nation. This is an international disservice and not international diplomacy. The days of unquestioned condescension to Western powers are long gone and we are not prepared at this time in Nigeria to recede to that era.

Nigerians will define Nigeria’s democracy. We shall hold fair and just elections, not because of scolding by diplomats, but because we have sufficient intelligence and morality to do what is right for ourselves. If Ambassador Symington has familiarized himself with Nigeria’s history from 1999 till date, he would have realized that those in the main opposition are being haunted by their past: they think President Buhari would behave exactly like they did all these years when they consistently rigged elections and denied Nigerians the right to choose their leaders

If Ambassador Symington truly intends to be impartial, his statements should acknowledge that both Government and Opposition (particularly in States where the opposition have Governors in place) must respect the process and refrain from rigging. We expect him to counsel both governing party and the Opposition from any form of electoral malpractice. After all, it is not only Governments at the center that rig elections. Elections can also be rigged in opposition-controlled areas.

It is not too late for Ambassador Symington to repair the damage of his uninformed statements. He needs to speak as an impartial envoy instead of a person who appears to have prejudged the quality of the process and the outcome. Until he attains that level of informed impartiality, whatever good he seeks is better achieved by his silence than by tendentious utterances.