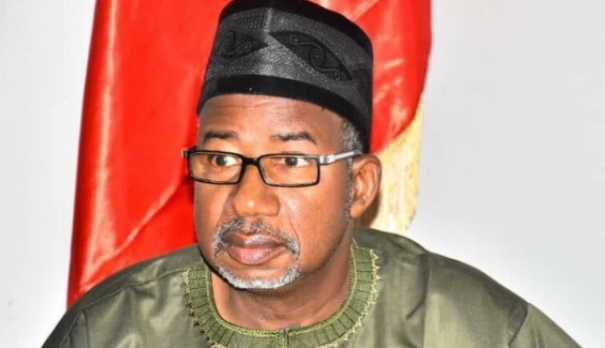 Bauchi State Governor, Senator Bala Mohammed has said that his nomination as one of the Northern consensus presidential aspirants of the Peoples Democratic Party (PDP) by the Northern Elders Forum was not an impediment for other aspirants to contest the party’s primaries.

The Governor also said that the former Jigawa state Governor, Sule Lamido who kicked against the consensus outcome is entitled to his opinion like any other Nigerian.

Mohammed explained that the Northern Elders Forum made thorough consultations with leaders and stakeholders across the country before endorsing him and the President of the 8th Senate, Abubakar Bukola Saraki as the Northern presidential aspirants of the Peoples Democratic Party (PDP).

He was speaking in an interview with newsmen at the Bauchi Government House on Saturday shortly after he was presented with a letter of nomination as ‘Governor of the Year’ by the management of the Sun Newspapers.

According to Bala Mohammed, rescuing Nigeria and Nigerians from division, insecurity, joblessness and poor leadership remains his top priority hence the need for elders and leaders of the PDP to ensure unity and progress of the party are strengthened.

He added that he respects Sule Lamido for his sportsmanship and sacrifices to the successes of the PDP saying that he shall be pitied if the Forum had not contacted him during the exercise.

It will be recalled that controversies had continued to trail the announcement of Bala Mohammed and Bukola Saraki as Northern consensus presidential aspirants of the PDP as announced by Prof Ango Abdullahi in Minna on Friday.

Sokoto State Governor, Wazir Tambuwal who is one of the aspirants has since dissociated himself from the outcome declaring that the consensus plan had failed just as former Jigawa state Governor, Sule Lamido also described it as a ruse and unacceptable.

Adebanjo, Clark, others converge in Abuja to chart path to have Igbo president in 2023