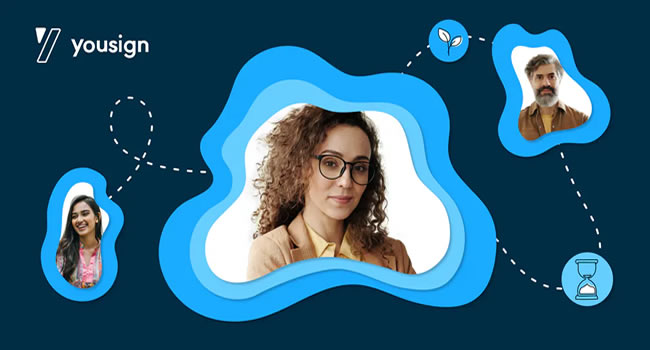 French startup Yousign has announced securing a $36.6 million Series A funding round (€30 million).

The round was led by Edge Capital, and saw the participation of eFounders.

Yousign is an e-signature provider that complies with European regulation on digital signatures.

Although the company was founded in 2013, Yousign teamed up with startup studio eFounders in 2019 to scale its venture.

Today, eFounders is a key shareholders and a strategic partner.

YouSign will have to compete with other industry players to include DocuSign, Adobe Sign, SignNow and HelloSign who are predominantly American companies.

Tech Trivia: Which personal computer takes its name from a fruit type?

American tech company, Apple, has hinted on its plans to launch a podcast in-app subscription next week.

According to Apple, the global launch of in-app subscriptions and channels will be on the 15th of June.

Speaking on the development, Apple noted that its new offering is to “ensure the best experience for creators and listeners.”

After the launch, the latest iOS 14.6 updates that will allow Apple Music subscribers to enable lossless audio or Dolby Atmos once it is available.

The company said: “We’re writing to provide an update on the availability of Apple Podcasts Subscriptions and channels.

“We’ve been delighted by the response to last month’s announcement and it’s exciting to see the hundreds of new subscriptions and channels submitted from creators across the globe every day.”

“To ensure we are delivering the best experience for creators and listeners, Apple Podcasts Subscriptions and channels will now launch in June.

“We will communicate further updates on availability, and best practices to help you prepare your subscriptions and channels, through this newsletter.”

In a bid to enable youngsters enter the tech economy and secure long-term employment, DigiLink incubator programme has launched in South Africa with the goal of training unemployed youth.

The initiative was founded by the Harambe Youth Employment Accelerator, SiMODiSA and Clickatell.

The programme is expected to provide participants with access to 12 months of on-the-job training in a simulated work environment that provides mentoring and training to fulfil available entry-level jobs.

According to local media, more than two-thirds of young South Africans are not employed or trained within 12 months of exiting the schooling system, and 75 per cent of them have no work experience, yet jobs are available in the ICT sector.

With the new initiative, DigiLink is looking to bridge the gap by providing necessary skills and experience.

“Intra-sector partnerships have proven successful for both job and economic growth in other sectors. We are encouraged that the digital sector is beginning to coordinate itself in the same way,” the group said.

The MacBook Pro is a line of Macintosh portable computers introduced in January 2006 as part of a family of personal computers designed, manufactured, and sold by Apple Inc.

Originally, the name “Macintosh” was inspired by an apple fruit type with the name “McIntosh”. Botanists say that the McIntosh, McIntosh Red, or colloquially the Mac is an apple cultivar, which is the national apple of Canada. The fruit has red and green skin, a tart flavour, and tender white flesh, which ripens in late September.