Youths are not to blame | Ripples Nigeria 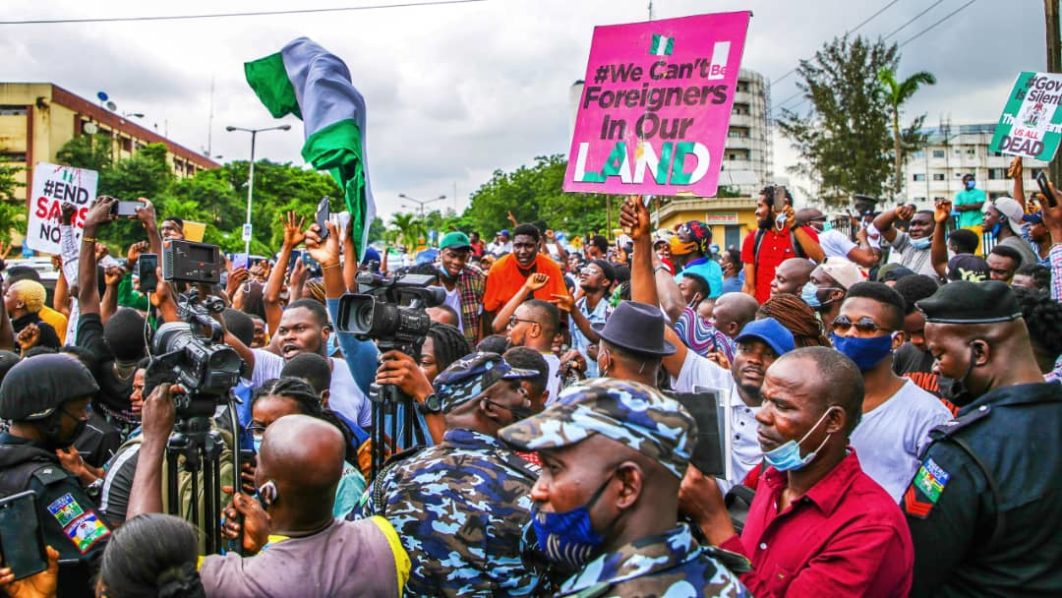 Several controversies have traded the EndSARS protest which birthed looting, killings, destruction of properties and opened an unprecedented page in the annal of protests in Nigeria, with some alleging that there were some elements keenly anxious to annihilate the South West and destroy its common heritage. But critically looking at the events that culminated to this protest, it obvious that the youths are not to blame.

Following the shooting of peaceful protesters at Lekki, Lagos State, on October 20, 2020, some hoodlums infiltrated the crowd and wrecked havoc on lives and prosperity in Lagos, Edo, Abia, Rivers State among others. This breakdown of law and order changed the narrative of the protest and led to the loss of property worth trillion of Naira in Lagos alone.

This great loss prompted diverse reactions with some people blaming the military for using brute force on peaceful protesters while some blamed the youths for creating a platform in disguise of protest for hoodlums to strike. Specifically, two members of the Lagos State House of Assembly, Desmond Elliot and Mojisola Alli-Macauley blamed Nigerian youths, social media influencers, celebrities for the unrest.

While Desmond described the youths as children that lacked respect for culture, Mojisola stated that most youths in Nigeria operate under the influence of drug. By interpretation, the EndSARS protest was a product of drug and not of police brutality as popularly claimed.

Though, the Actor, Desmond later said that his comment was borne out of the magnitude of destruction and looting of businesses he witnessed when he went on a tour of his constituency. However, it once again shows the disconnect between the citizens and those in power in Nigeria.

That is why, despite the hardship occasioned by the COVID-19 pandemic, some legislatures and State governments still decided to keep the palliatives meant for the people in their States in warehouses waiting for the time that both local and international monitoring organizations will change the direction of their searchlight so that they can give them to their party’s faithfuls or, rebag it for sales.

Infact, there was a legislature who said he kept the palliatives because he wanted to share them on his birthday. This ought to be a source of concern for people that have the interest of Nigerians at heart not to be blaming the youths for demanding for a better Nigeria where peace and justice reign.

Though, there is need to condemn in totality the destruction of lives and property done by the hoodlums but the fact remains that the so-called hoodlums are product of the insensitivity of government to the level of illitracy and people’s welfare in the country.

Even, the EndSARS protest was an offspring of the failure of government because, if the majority of those that participated in the protest were employed the protest would have died a natural death the second day not to talk of degenerating to the level where the so-called hoodlums hijacked it for their personal gain.

In a country where the numbers of unemployed hands and poverty continue to increase astronomically as it’s in Nigeria, to have an empire of hoodlums will not be difficult. That is the reason people trooped out in thousands to loot both public and private property in an attempt to grab what they felt belong to them.

President Mohammadu Buhari seems to have foreseen this when he camp up with the plans to uplift hundred Millions Nigerians out of poverty in the next ten years. Though, with the disengagement of 500, 000 N-power Volunteers in the recent time and the chronic corruption eating the fabric of most of the projects designed to achieve this goal, it obvious that the government is only servicing unemployment and recycling poverty.

No wonder, despite the existence of social investment scheme the level of poverty and crime continue to increase. Infact, most of the responses recorded from the arrested criminals show that there is a correlation between hunger and crime rate in Nigeria.

An attempt to compare the rate and type of crimes committed in Nigeria when graduates were given automatic employment immediately after their studies and now that unemployment has become the second name of the country in the comity of nations looks like comparing day and night.

Unfortunately, the level at which this has degenerated shows clearly that the government can not solve it alone. That is why the calls for entrepreneurship and Skill acquisition continue to resonate daily. However, the inability of government to provide start up capital for the teeming youths raises serious concerns.

In a society where people’s welfare are giving priority, the government goes beyond advocating entrepreneurship or, skill acquisition to giving start up capital to people that are interested in entrepreneurship but lack the financial muscle to start. This is because they understand that an idle hand is the workshop of the devil. So, they don’t give breeding space for the devil to manifest.

For instance, the worth of the property destroyed in Lagos alone would be enough for government to give the 500, 000 N-power volunteers disengaged in June/July, 2020, a million naira each as an exit package to start up the business of their dreams. This is not to talk of the damages done in the other States.

Though, this might have been the reason the minister of Finance allocated 25 billion Naira to the course of alleviating the pains of youths suffocating under the burdens of policy somersault and inconsistency, but based on the experiences over the years it seems most governments projects only succeeded greatly on the pages of newspapers.

A veritable testimony to this is the revelation surrounding the distribution of COVID-19 palliatives donated by the federal government and other great philanthropists to mollify the pains of the people caused by the Coronavirus pandemic outbreak. Infact, deducing from this revelation, it seems the dividends of democracy which the citizens in the advance countries enjoy on daily basis only exist in Nigeria during the electioneering period alone.

These are the issues that ought to be source of concern for both the legislatures and the executive instead of blaming the youths for the evil committed by the hoodlums. Because, if there is enough job most of the so-called hoodlums would have been a plus to the society.

Related Topics:ENDSARS PROTEST
Up Next

The syndrome of hubris