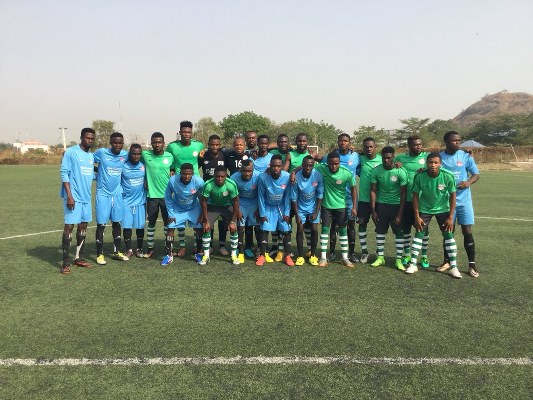 Goalkeeper and captain Ikechukwu Ezenwa, midfielder Rabiu Ali and Nigerian League top striker, Anthony Okpotu were included in the squad announced in a press release by the Nigeria Football Federation (NFF) on Tuesday.

Enyimba’s Ezenwa is joined by two other goalkeepers Dele Ajiboye of Plateau United and Theophilus Afelokhai of Enyimba.

The team of 23 players and their officials are expected to fly out of the country in a few days, to continue preparations in Morocco ahead of the team’s opener against Rwanda in Tangier on Monday, January 15.

Nigeria will also play Libya at the same Ibn Batouta Stadium in Tangier on Friday, January 19, before travelling to Agadir to tackle Equatorial Guinea on Tuesday, January 23.