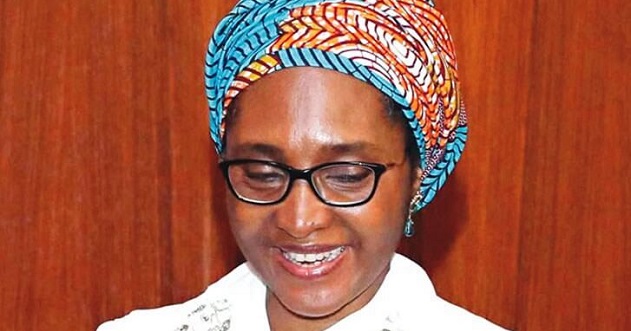 The Presidency said Zainab Ahmed would likely be the substantive Minister of Finance.

The Special Adviser to the President on Media and Publicity, Femi Adesina, confirmed this to newsmen at the end of the Federal Executive Council (FEC) meeting presided over by President Muhammadu Buhari at the Presidential Villa on Wednesday in Abuja.

According to Adesina, Ahmed was no longer the Minister of State for Budget and National Planning following her redeployment to the finance ministry where “she is overseeing the ministry.”

It would be recalled that Ahmed, who was the Minister of State for Budget and National Planning, was last week appointed by President Buhari as the supervising Minister of Finance after the resignation of Kemi Adeosun over alleged forgery of National Youth Service Corps (NYSC) Exemption Certificate.

When Adesina was asked about Ahmed’s status in the cabinet, he affirmed that she will be the Minister of Finance.

“You know she was Minister of State for Budget and National Planning, she will relinquish that or she has relinquished that to go and oversee the finance ministry, so that is her status for now.

“She will be Minister of Finance. In fact, that was how she was addressed at the council,” Adesina said.

He went on further to explain that, “what you call her is a matter of nomenclature but if she is overseeing the ministry, then she is. But for now, she is in charge of the Ministry of Finance.”

The presidential spokesman, while reacting to the statement that announced the redeployment of Ahmed to the finance ministry, said “You know that statement was written in English and that statement says she will oversee the ministry of finance, let’s leave it like that.

“Don’t forget it is also a legal thing, if a minister is going to be appointed there are procedures that is why it is a deployment.”