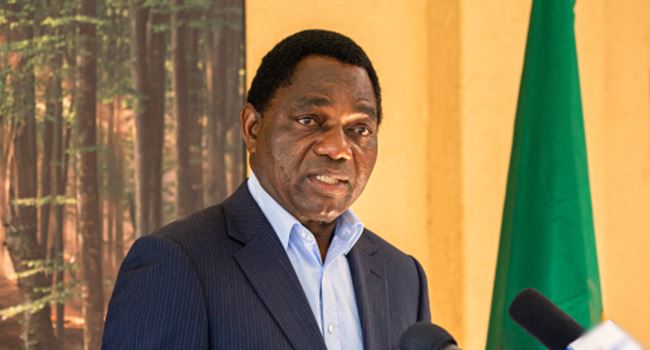 The 59-year-old Hichilema’s success after six attempts at becoming the President, was met with joy as his supporters took to the streets of the capital, Lusaka, to celebrate the unprecedented victory.

Before the announcement on Monday, Lungu had sought a cancellation of the election, alleging that it was not free and fair, but the electoral commission stood and went ahead to announce the result.

He had also alleged that election officials from his Patriotic Front Party (PFP) had been chased from polling stations, leaving votes unprotected.

In response, Hichilema’s United Party for National Development (UPND) said the statement was the “desperate final act of an outgoing administration.”

In its final tally before announcing the result, the electoral commission said Hichilema had won 2,810,777 votes to Lungu’s 1,814,201.

The landslide win means Hichilema will not have to fight a run-off contest.

Hichilema who tapped into widespread dissatisfaction among voters, is now faced with the challenge of turning around the country’s economic fortunes.