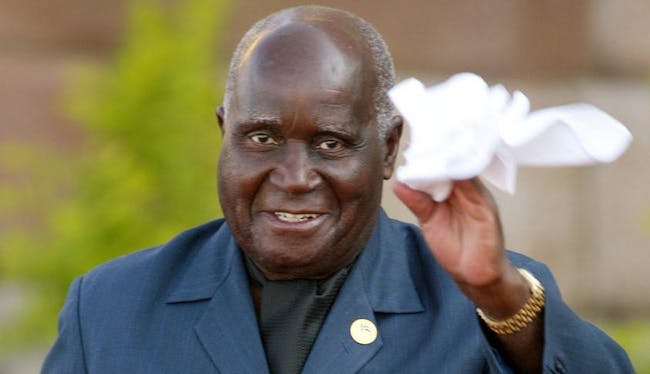 Zambian first President, Kenneth Kaunda, was buried on Wednesday amidst controversy over his burial site.

The funeral arrangements for late Kaunda had become the subject of a court challenge after the Zambian government announced plans to bury the late nationalist at a presidential cemetery in the capital Lusaka, against the wishes of some of his relatives.

Kaunda’s son, Kaweche, who appeared at a court proceeding on Tuesday, argued that government’s plan to bury his father’s remains at a presidential cemetery was against the African statesman’s wishes.

Kaweche contended that Kaunda had wanted to be buried next to his late wife, Betty, at his residence.

However, government solicitor-general, Abraham Mwansa, said the state had not been served with any court order against the planned burial at the presidential site.

The funeral, therefore, proceeded on Wednesday at Embassy Park, a national memorial site, with President Edgar Lungu in attendance.

Kaunda enjoyed a 27-year reign as Zambia’s first President and was revered for his roles in the country’s independence from white minority rule in the 1950s.

Related Topics:Kenneth Kaunda
Up Next