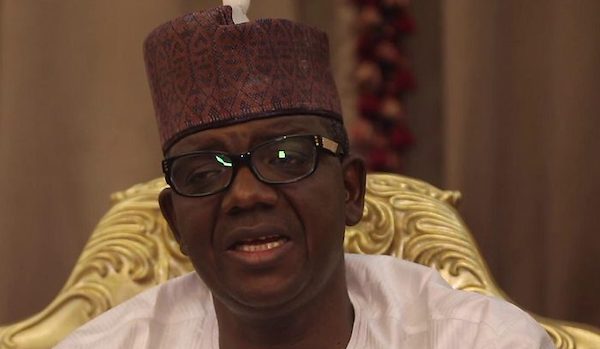 A total number of 2,000 repentant bandits, who have terrorised Gusau, Zamfara, State, for years have surrendered after handing over 190 locally made rifles and shotguns to Governor Bello Matawalle at the Government House, Gusau.

The development was made known in a statement on Thursday which was signed and issued by the Senior Special Assistant to the Governor on Media, Zailani Bappa.

According to Bappa, the repentant bandits were led to the government house by the Senior Special Assistant to the governor on Security, Abubakar Dauran.

The statement by Governor Matawalle reads in part; “In the recent past, major cities of the state, especially Gusau were highly unsafe as banditry, youth restiveness and other crimes were the order of the day. However, the government is happy that the youth were towing the line of the repentant bandits and also repenting from their bad ways.”

READ ALSO: Gov Ortom alleges another round of attacks by herdsmen in Benue, fingers Miyetti Allah

Speaking on behalf of the repentant bandits, the leader of the youths popularly known as Sani Shaidan, said that they were encouraged by what the State Government did, alleging that the immediate past administration in the state did not care about their welfare.

He said; “We are convinced that the present administration in the state genuinely intended to address the ills in the state, hence their resolve to allow peace to reign.

The development comes days after Governor Matawalle revoked all land titles and allocations on grazing reserves in the state from 1999 to date.

This he said was to address the issues of insecurity arising from farmers/herders conflicts strongly believed to be connected with the allocation of farmlands along grazing reserves, cattle routes and forest reserves.

In a statement on Saturday by Yusuf Idris, the director-general of press affairs to the governor, it was also revealed that Matawalle approved the constitution of a committee with a view to resolving the conflicts caused directly or indirectly as a result of the farmland allocations in the state.