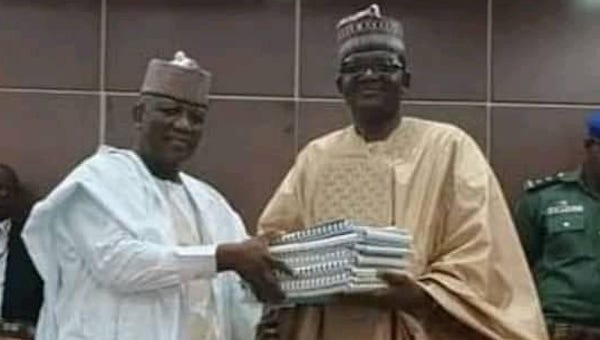 The Zamfara State House of Assembly had just yesterday (Tuesday) repealed the law that permitted the payment of jumbo pension and other allowances to former governors, their deputies, speakers and their deputies in the state.

Assenting to the new law, the governor said he would use the mega allowances going to the ex-government officials to cater to the teeming unemployed youths in the state.

He regretted that although the former governor, Abdulaziz Yari had left behind pensions liabilities of about N10 billion apart from other liabilities such as promotion benefits, and workers annual increment, he still had the gut to request the state government to pay him N120 million annually.

Matawalle said the ex-governor, who recently wrote to the state government seeking N10 million as monthly pension would now be collecting the exact amount he was collecting as his monthly salary while he (Yari) was a governor, which would continue as his pension for life.

“In addition to this, he is supposed to get two vehicles from the State Government and they are replaceable every four years; free medical treatment for the former governor and his immediate family and vacation within Nigeria and outside; thirty days vacation within Nigeria or outside Nigeria; and a five-bedroom house in any location of his choice,” said Matawalle.

“The law also extends similar largess to the former Deputy Governors, former Speakers of the State Assembly, and former Deputy Speakers,” he added.