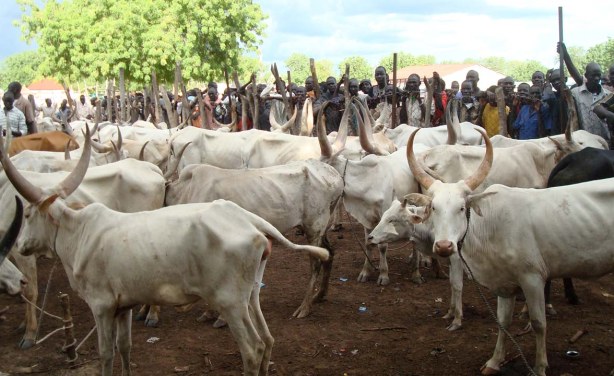 Zamfara State Governor, Bello Matawalle, has approved N83 million for the purchase of 750 cows for the Eid-el-Fitr celebration in the state.

In a statement by the Director, Press Affairs, Idris Yusuf Gusau, it was disclosed that the cows will be distributed to the less-privileged, internally displaced persons (IDPs), orphans and widows in the 147 wards of the 14 local government areas in the state.

According to the statement, this is a part of measures to improve the welfare of the people.

“The cows would be slaughtered and shared to enable them to celebrate Eid- el-Fitr despite the current economic hardship and security challenges confronting the state,” he said.

He also appealed to corporate organisations and well-meaning individuals in the state to assist the less privileged in the state to complement government’s efforts at cushioning the hardship faced by them.

The Governor further urged the people to use this Ramadan fast and the forthcoming celebration to pray for peace, stability and development of the state.

Matawalle’s convoy was reportedly attacked by suspected bandits on Sunday, while he was on his way to condole with victims of a community in Gusau Local Government over a previous attack.

The bandits were said to have come out in their numbers, taking advantage of the bushy terrain to open fire on the motorcade.

Security details swiftly returned gunshots and were able to protect and evacuate their principal from the scene of the incident.